One thing to know about Italians: we like to take credit for what’s good. Or should I say…”BUONISSIMO!” It’s no surprise then that the origins of some of the most delicious pasta out there are well argued across the boot.

Most agree that Pasta all’Amatriciana originated in the little town of Amatrice, between the regions of Lazio and Abruzzo. The amatriciana was born as a poor dish. Shepherds would make their everyday meals with the ingredients to them most available, amongst which animals such as sheep and pigs. In fact, the amatriciana includes only three ingredients: guanciale (smoked pig’s jowl), tomatoes, and a sprinkle of salty pecorino cheese. Some suggest hot chilly pepper as one of the core ingredients but that is not always the case. Spaghetti pasta was commonly used in this dish, as Amatrice was also known as The City of Spaghetti.

There exist a number of variants to the original recipe, and it is still unclear which one of them is truly the original one. The modern Roman version is often made with the addition of onion, garlic and a splash of white wine to enhance the flavor. The Romans also adopted the use of bucatini pasta, which is essentially thick spaghetti with a hole down the center. This pasta is extremely hard (but also fun) to eat because if you try to pull them up like spaghetti, the air that passes through the middle will cause you to spray tomato sauce all over your clothes! 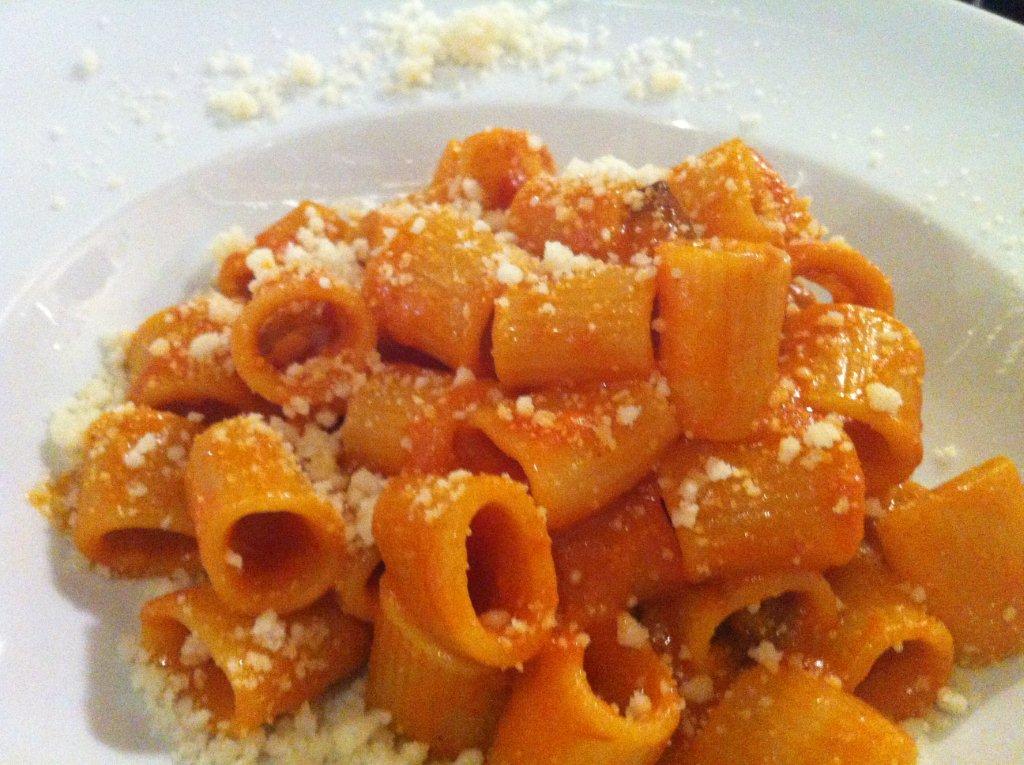 The famous ancestor of amatriciana is known as gricia. The dish was made with nothing else but guanciale and pecorino. Some say that the use of tomatoes in pasta sauces was actually adopted only after Christopher Columbus discovered the Americas and imported tomatoes into Europe.

We asked one of our favorite Roman restaurants how they make their amatriciana. The answer was rigatoni pasta and onion. Here’s how they do it.

Looking for more Italian food stories and recipes? Subscribe to our food & travel blog for future updates on our favourite foods in Italy.

Dalila was born and raised in Rome. She jumped into the world of food at the age of 18 when she moved to England for her university studies, and had to learn to cook for herself to survive as an Italian abroad. From organizing Sunday dinners for other homesick uni friends, to starting a cooking blog with her foodie sister, Dalila is back in Rome, writing about food, and could not be happier.

Where to find the best afternoon tea in London