Soho: it conjures up visions of neon lights, buzzing nightlife, hipster hangouts and the original home to the oldest profession (do we need to spell that one out?). No matter which Soho you’re thinking of right now – London’s most central spot for a night out or New York’s most eclectic Manhattan neighborhood – it’s arguably the iconic district in both the USA’s and the UK’s biggest cities. But which Soho came first? Are the two related? Where do they take their names from? And, most importantly, which Soho are you? 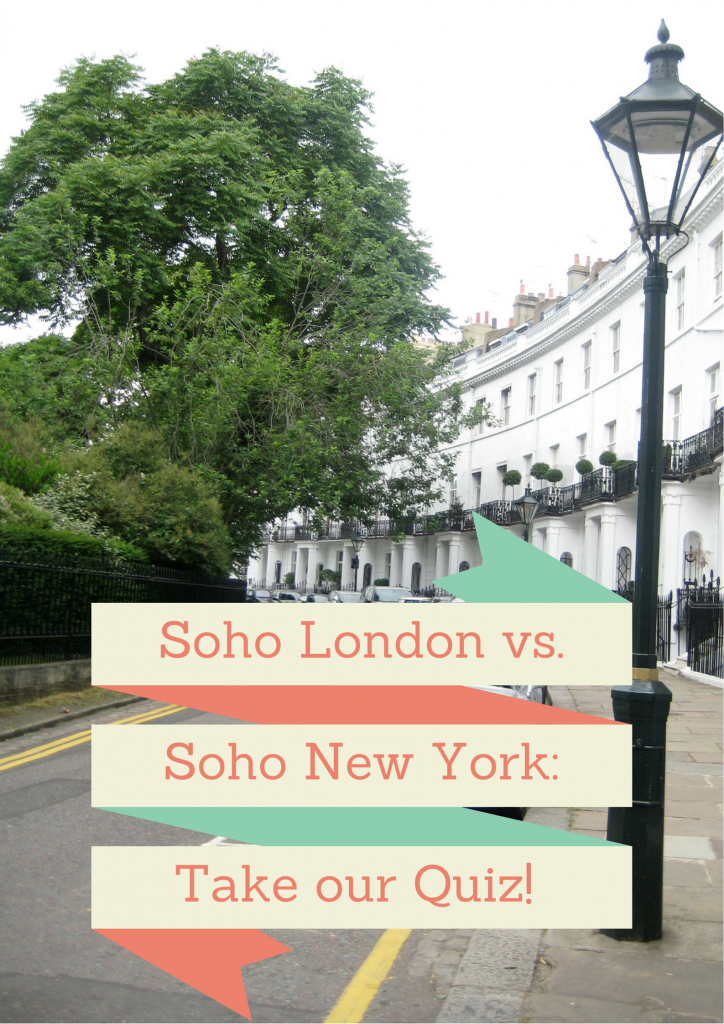 Let’s attempt to find out in our guide to Soho London vs. Soho New York…

Where does Soho London get its name from?

The name “Soho” dates back to the 17th century when the English were rather fond of hunting. Legend has it that the word “Soho” was a cry uttered by hunters to announce the appearance of the hare (much like “Tally-ho!”) – as Soho was an area of London known for hunting (the area was mostly fields back then), the name stuck.

While there’s a good chance that the name could have been inspired by the “original” Soho in London (after all, many places in the USA are named after places in Europe), the story goes that Soho is the word formed when you abbreviate the area’s geographic location. If you shorten “South of Houston (Street)” to the first two letters of “South” followed by the first two letters of “Houston”, you get the acronym “SoHo”. This was common at the time – just look at Tribeca (originally TriBeCa), which is formed when you shorten “Triangle Below Canal Street” in the same way.

While Soho is marked out by Houston Street as its northern boundary, it’s also defined by Canal Street to the south, Crosby Street to the east, and Sixth Avenue to the west.

So if Soho New York is south of Houston Street, where is Soho London?

Soho occupies around one square mile of London. Its boundaries are Oxford Street to the north, Regent Street to the west, Leicester Square to the south, and Charing Cross Road to the east. According to the Soho Society, Chinatown (the area between Leicester Square to the south and Shaftesbury Avenue to the north) is part of Soho – although many people consider this to be a separate area.

What do the two Sohos have in common, other than a name?

To put it bluntly, prostitution! From the late-18th century until the mid-20th century, hotels offering rooms for pleasure, gaming houses, and street walkers were commonplace in Soho London. In more recent history (I was born in 1980 and I still remember this myself!), prostitutes’ cards bearing phone numbers would be left in telephone boxes.

In Soho New York, by the mid-late 19th century, Broadway between Canal and Houston Streets became the theater center of New York, attracting brothels as well. The side streets off Broadway became the city’s red-light district, and guidebooks to the bordellos were even published!

However, that phase of both Sohos’ lives is now (mostly) history… and in their place has sprung up areas known for their creative arts, boutique shopping, iconic architecture, and of course great food and drink. 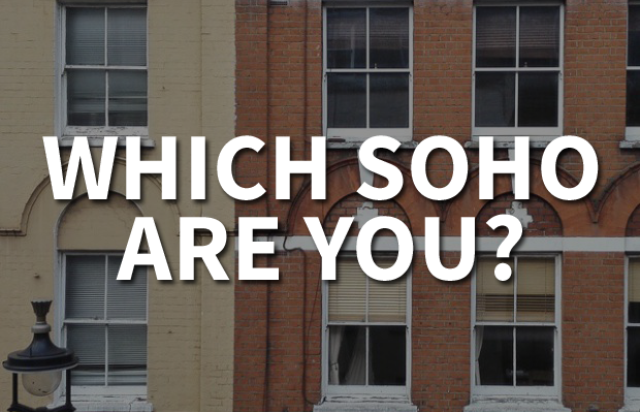 Which Soho are you? Take our quiz!

5 of the Top Neighborhoods in Europe for Hipsters