Being English and someone who likes to travel, I have heard my fair share of stereotypes about what this country is really like. Some of these seem pretty true to me, and some are just plain wrong; here are a few of the common ones.

While I myself am not a tea drinker, this statement does seem to ring true in general. Some of us Brits do drink a quite crazy amount of tea, to the point where I seem to be making cups of the stuff all day just for others who see me going near a kettle.

OK, so we don’t love queuing up and standing in line, but we are a civilized (on the whole) people and those who are first in line deserve to be served first. Of course, all bets are off when there is a bar involved.

I hear this one way too often from those who are not local, and I have never really understood this. We don’t have the forced “have a GREAT day” attitude of some western cultures but I have always been able to chat and smile with people I don’t know when out and about in London.

Where to start with this one? Well, I have to start somewhere so what I thought would be best is to debunk a few myths about English food and let you know what we really like to eat.

Firstly, what exactly is English food? Let’s just take a look at London. The capital is the most diverse and multicultural city on the planet; more languages are spoken here than there are countries in the world. There is an embassy or official residence for every UN nation and most of those that don’t carry that status. But what all of the 11 million people in London have in common is being Londoners, so how do we define English food? Some say curry is the national dish, and that’s a statement that has some grounding; there are over 50 curry restaurants on Brick Lane alone, and London has more places that serve the stuff than Delhi (and this is without even looking at Birmingham and Manchester). We also seem to eat more pizza than Italians, more Chinese than all of Beijing and as many burgers as Manhattan… For argument’s sake, and to keep this post from becoming a novel-length rant, I am just going to look at food that is quintessentially “English”. Ok, so here we go.

Is it? IS IT? Show me a better breakfast than a full English and I’ll show you someone who is out of their mind! Any food, when you have enough of it, can be boring, but some of the food we have in England could hardly be considered dull by any standards. Some of the typical English foods are: fish & chips, steak & kidney pie, roast meats, bread & butter pudding. On top of this, Britain was a major player in the spice trades going back centuries and this has rubbed off, sometimes literally, on the food we enjoy today.

2. English food doesn’t compete with others when it comes to variety

People seem to levy this accusation at us Brits as they see a small island and presume we can’t grow anything interesting or produce anything other than bland cheddar and terrible cider. Well… in 2010, the UK produced over 700 types of cheese, which is 100 more than France. You hear that, France? 100 more! On top of this, the UK is now producing some of the finest wines in the world, which are being sold in some of the top restaurants in places synonymous with the stuff such as California, South Africa, and probably France too but I am starting to feel bad for that place already!

Next time you visit an English city, here is what I want you to do: walk outside, take the first left, stop at the first street food stall you come across, order something for £5. This is the food we eat. While we may not have the stalls of Bangkok, we are a distance ahead of many major cities such as New York (sweaty hot dog coated in spray-on cheese, anyone?), Sydney and catching up to places like Singapore. London is one of the most desirable cities to live in; thousands arrive here every year to start new lives, including chefs. That’s right, we’re taking your chefs, and they are cooking up a storm!

4. English food is either boiled or overcooked

5. English food will never be restaurant-quality

While I will admit that sausage, eggs and beans may not be something you’re likely to order in Nobu, traditional English food is served in some of the finest establishments from Melbourne to Montreal. Fish & chips done well is an art form which betrays its perceived simplicity. Meanwhile, a good roast dinner can be as mouthwatering as an Argentinian steak, and much harder to perfect. The British influence is everywhere, whether it be a fantastic burger and chips in a pub in Chicago, or scones and jam in Dubai, you can’t escape us, so why even try?

I really could go on all day about this, but it’s lunch time and I am hungry. If only I could find somewhere decent to eat… 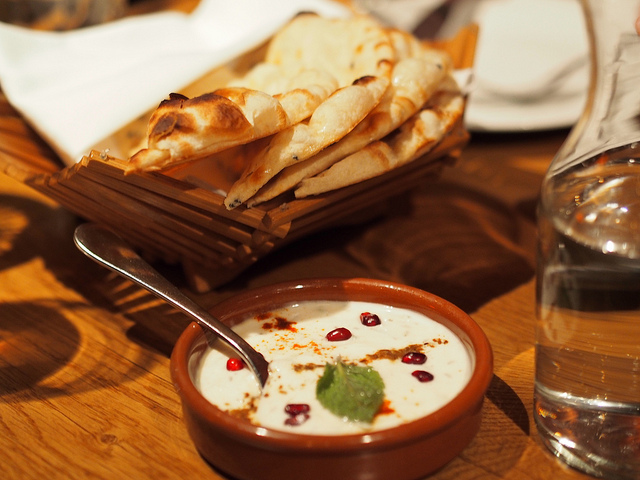 The 7 Most Important Food Trends Happening in Prague Right Now