Cereal and toast are staple breakfasts in England, especially on busy days. However, when we’ve got a bit more time, us Brits love to make a song and dance about breakfast.

So, let’s put the Weetabix away and check out what England has to offer when it comes to, arguably, the most important meal of the day.

5 Typical English Breakfasts You Have to Try

Aside from its amazing taste, the full English breakfast has two major advantages over your average bowl of cereal: its size means that it’ll keep you going well past lunchtime and into the afternoon, and its density lends itself well to the curing of hangovers. But what’s actually in it? We’ll start with the meat; sausages and bacon are pretty much must-haves, then the protein; eggs, usually fried, sometimes scrambled, hardly ever poached. Then we pad it out with black pudding, baked beans, grilled tomatoes, fried mushrooms, hash browns and a side of white toast covered in butter.

This one will set you up for a day of exploring for sure. 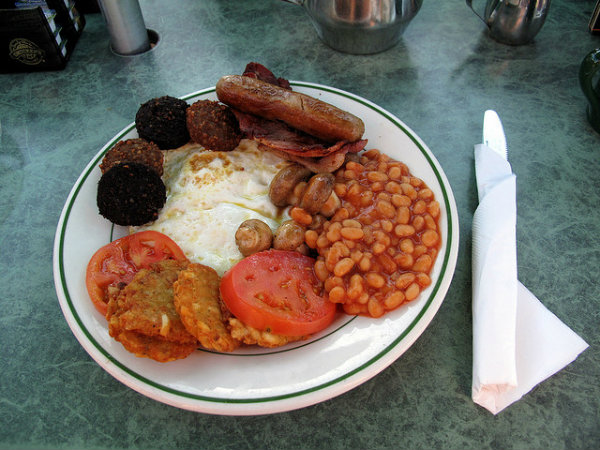 Other countries have English muffins but despite the name, that’s not something the Brits eat a lot of. Here in England we have the mighty crumpet. It’s like an English muffin in that it’s round and made by combining flour and yeast but, really, that’s where the similarities end. Firstly, the bakers of crumpets in the midlands decided to add extra baking powder to the recipe to create the now characteristic holes and, even more unlike an English muffin, the crumpet is soft, chewy, and spongy, and you don’t cut it in half before you toast it.

If you want to get maximum enjoyment out of your crumpet, the key is in the cooking. Stick it in the toaster until just before the bottom gets a bit too brown, and the top’s nice and crispy, then spread some butter on top and you’re good to go.

To the untrained eye, porridge can seem a little…..dull. I mean, it’s just oats cooked in milk, right? Wrong. During the cooking process the milk warms up, causing the oats to soak up the liquid and create a thicker substance to which you can add, well, whatever you like really.

Some like it with a swirl of honey on top, some with a dollop of jam. Some stir in fresh fruit or sugar. That’s the beauty of porridge; you can really make it your own. And, on a cold winter morning in England, this one will definitely warm you up. 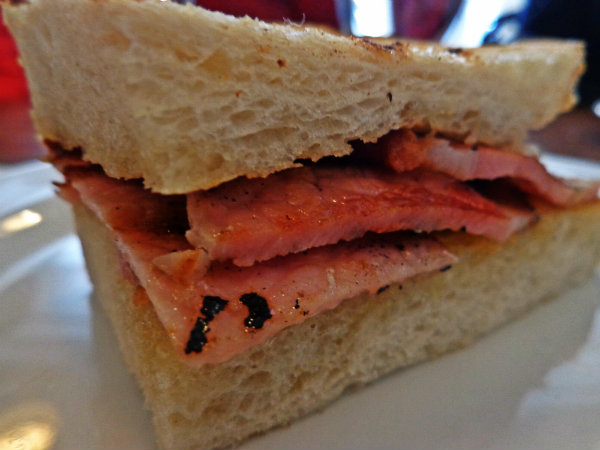 Haven’t got time for the full English but still want something substantial to start the day with? The bacon butty’s what you’re looking for. Typically we’ll use smoked back bacon, perfect for frying on the griddle or in a pan and, once that’s nice and crispy, we’ll pop it between two lightly toasted pieces of white bread with lashings of butter to make the humble (but super tasty) bacon butty.

Finish with a dollop of ketchup or brown sauce and you’re all set.

Some say the origins of this traditional English breakfast have something to do with the Humpty Dumpty nursery rhyme. Others are more concerned with getting the egg just right. I should think most people in England fall into the second category; cooking the egg to perfection is key.

We cook the egg for about 3 minutes, until the yolk is runny, and pair with toast that’s cut vertically to create ‘soldiers’ for dipping in the egg. And there you have it; egg and soldiers.

And, of course, every one of these should be enjoyed with a nice cup of English breakfast tea.

An Introduction to London’s Theatre Scene