It’s not easy being the popular child; indeed, some areas of London are considered so touristy that their positives can be overlooked. London’s Chinatown, which is concentrated around Gerrard Street near Leicester Square, often falls into this category.

Chinatown has been a part of London since the 20th Century, but it hasn’t always been in the same part of the city. The current area dates back to the 1970s and it now houses dozens of Chinese or Asian-inspired restaurants, cafes and shops.

Often recognised solely for its food offerings, in reality, there is so much more to do in compact Chinatown. If you plan your itinerary right, you could easily find a whole day’s worth of activity within these streets.

The best way to discover Chinatown is by exploring slowly, but, if you’re in a hurry, here are some fail-safe options for a day out in London’s Chinatown. 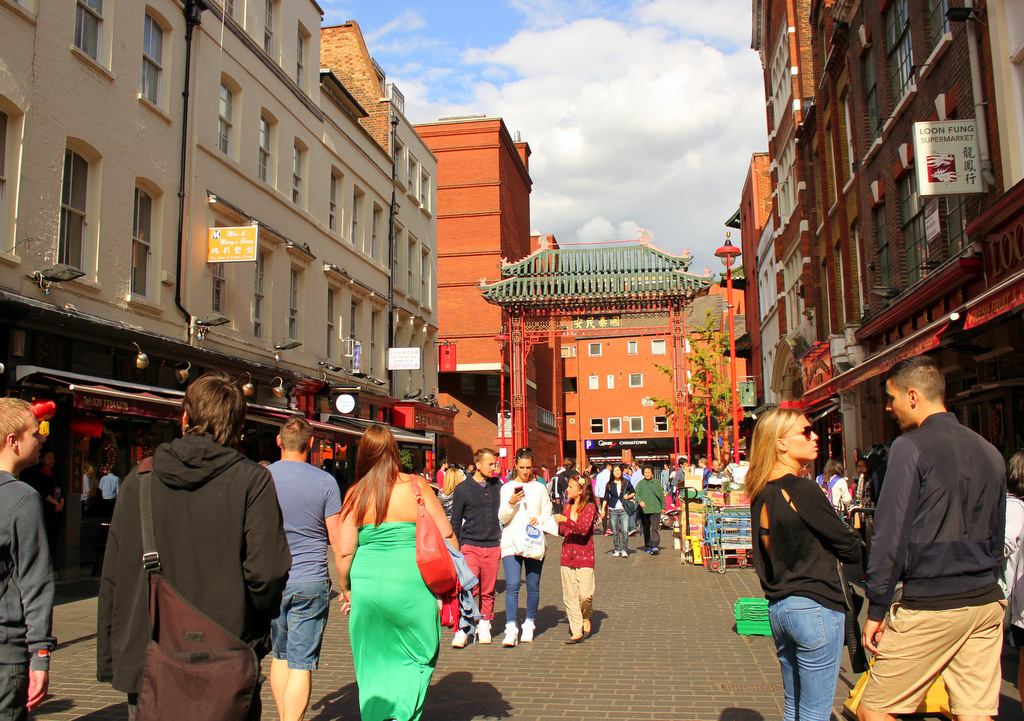 The Food in Chinatown

Similar to other spots in London, like Brick Lane and, more recently, Soho’s Greek Street, Chinatown is, quite rightly, renowned for its food. The roads and alleyways around Gerrard Street are lined with cafes and restaurants, some with bright, neon signs while others are more muted, enticing patrons with the rows of roast duck dangling in the window displays.

These are my top three choices for lunch or dinner in Chinatown.

Set right in the heart of Chinatown, the Four Seasons features a massive menu of set meals, individual dishes and, of course, its specialty – roast duck. Reportedly the very best in the area, the restaurant’s duck is simultaneously succulent and crispy. Served with pancakes, it’s the ideal dish.

Fan of Chinese dumplings? While Dumplings’ Legend also serves a full menu, the focus is definitely on dim sum. From steamed prawn dumplings to pork siu loung bao, this is the ultimate place to get your dumpling fix. Bookings are recommended for this one.

If you’re not good with spicy food, walk away now! Serving a fusion of Szechuan and Cantonese cuisines (amongst others), the food is delicious but tends to be on the hotter side. Don’t let that scare you, though; generous portions are guaranteed. 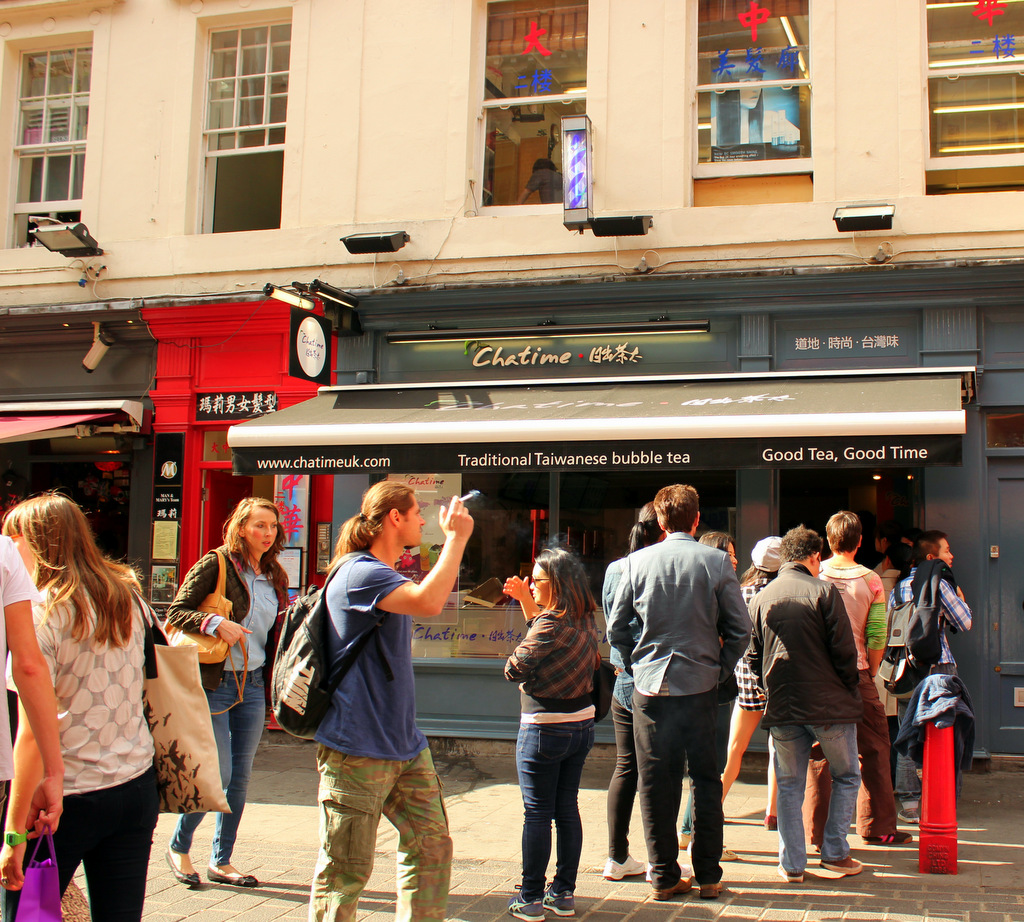 Where to Get Drinks: Nightlife in Chinatown

Chinatown may be known primarily for its traditional cuisine, but the nightlife here is anything but that. Two superb cocktail bars lie within Chinatown, and, with some proper sleuthing skills, you should be able to find them.

Located behind an unmarked black door in Chinatown is one of the hippest cocktail bars in the city. The bouncer may be the giveaway, but that won’t necessarily get you through the door; the place is often fully booked on weekends. As the name suggests, the cocktails served here go beyond the average mojito – and it also happens to be a great venue if you want to impress a date!

Only slightly less cloak-and-dagger than the ECC, Opium also has an impressive line-up of unusual cocktails, each coming with a quirky name such as War of the Roses, Ankle Snapper and My Mother’s Cocktail. If you get a bit peckish, the bar also serves tasty dim sum.

If the array of betting shops and small casinos don’t appeal, one of London’s most affordable cinemas is just around the corner. Specialising in indie films and movie marathons (think Lord of the Rings or the Harry Potter films), the Prince Charles Cinema (7 Leicester Place) always has something good on offer for movie fanatics – and at a budget-friendly price too. 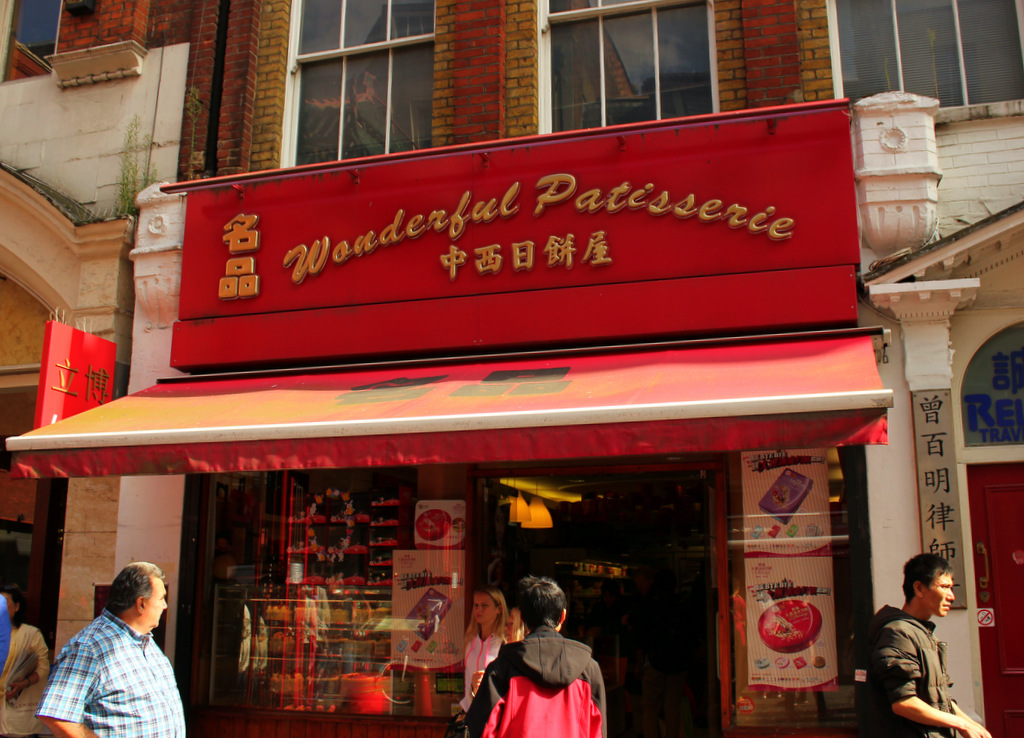 Something Sweet: Desserts in Chinatown

A day out needs an appropriate conclusion, so what could be better than ending off with something for the sweet-tooths?

The popularity of bubble tea has steadily been on the rise around the world and, judging by the consistently massive queue outside Chatime, this appeal is not diminishing any time soon. The indecisive should be wary though, as Chatime’s range of bubble tea types and flavours is immense.

Chinatown is home to a number of good bakeries, but Wonderful Patisserie draws in passers-by with its colourful display of elaborate cakes and pastries. Head into the store for savoury and sweet baked items; I’d recommend the custard buns for the perfect end to an evening.

This is just the smallest fraction of what London’s Chinatown can offer to the city’s visitors. And, since this really is a tiny snapshot of the bigger picture, it just goes to show that this part of the city is not one to overlook!

The Hippest Neighborhoods in Rome