English food is undoubtedly misunderstood. Many deem it too bland or too boring, citing their love for spicy curries in Thailand or fresh sushi in Japan. Sure, British food can seem dull in comparison to other country’s traditional dishes, but there’s something decidedly comforting about English food.

Read on to find out about our favourite traditional English foods, and why they’re definitely not boring or bland:

Fish and chips came about because of the development of trawl fishing in the North Sea and was one of the only foods to not be rationed in England during the Second World War. It’s made by coating cod or haddock in batter and then deep frying until the batter is crispy and the fish inside is soft. Paired with chunky fried chips and a side of mushy peas, this has been a much-loved meal in many households in England for years and it’s even better eaten by the seaside, rain or shine! 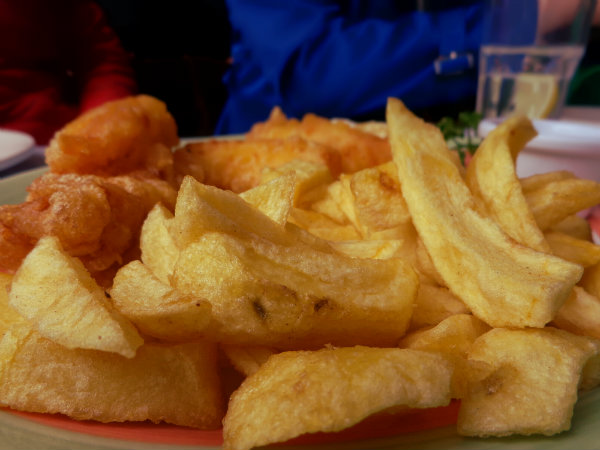 Bubble and squeak may have lost its popularity over the last decade but it still remains in the traditional English food hall of fame for a couple of reasons: 1) it’s an amazing way of using up leftovers, 2) it’s delicious. The recipe couldn’t be simpler; if you’ve got any leftover cabbage (or any vegetables) and mashed potato from a previously cooked meal, throw them both in a frying pan with a tiny dollop of butter and stir until the cabbage begins to brown. Serve with a fried egg on top for a delicious (and cheap) brunch.

Another traditional English meal featuring mashed potato (are you seeing a theme here? We really like potatoes), bangers and mash is basically sausages (usually pork) fried or cooked in the oven, served with a generous helping of mashed potato (made with, of course, lots of butter and milk). Traditionally you’d also serve it with fried onions on top and then pour over some gravy. There’s literally nothing more comforting when it’s raining outside.

Tip: a glass of red wine goes very nicely with this meal.

We’re not going to lie; the English love their desserts. So much so that there’d be far too many to mention here, so we’ve gone with what we feel is the most traditional of the lot: bread and butter pudding. Decades ago, bread and butter pudding was a meal that poorer families would have made from leftover stale bread; steaming the bread, layering it in a dish, adding sultanas or dried fruit, soaking it all in milk and then baking in the oven. Years later, it’s seen as more of a dessert than a main meal but, because it’s filling, and warm, it’s still hugely popular. 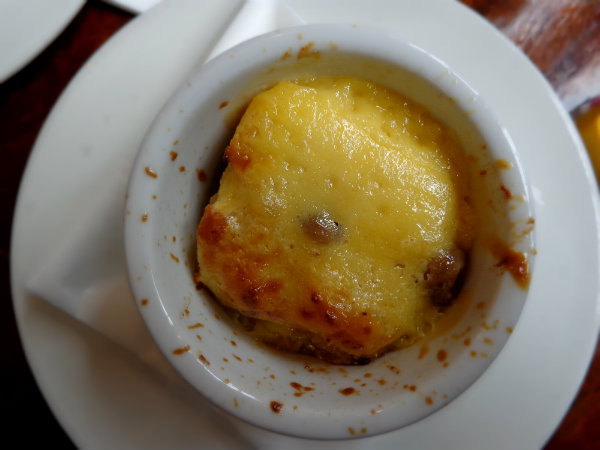 We couldn’t tell you about traditional English meals without mentioning the humble roast dinner. Consisting of roasted meat, mashed or roast potatoes, vegetables, stuffing, Yorkshire puddings and gravy, it was traditionally served as the main meal on Sundays, but really it can be eaten day of the week. The beauty in the English roast dinner lies less in how it tastes (although, it’s obviously delicious) and more about what it resembles; it’s a time for family and friends to get together, eat good food, and spend time together. It’s at the heart of British cooking, and it’s definitely not going anywhere anytime soon.

Whatever the occasion, there’s no more classically British way to enjoy London than with afternoon tea. As well as all of the major London hotels hosting aft...

The Best Restaurants in Monti