The Netherlands may be better known for its relaxed attitude towards cannabis, its incredible network of canals and dikes (which allows a significant percentage of the country to exist below sea level!), its stunning displays of tulips in spring, and its picture-perfect windmills that still turn in the breeze to this day. But what about its cuisine? Few people outside of the Netherlands know much about Dutch food, and yet it has as long and varied a tradition as many of its European neighbors.

We invite you to get to know the sweet smell of freshly made poffertjes, the festive delight that heralds the annual arrival of pepernoten season, and the truly Dutch experience that is… yes, eating raw herring. Join us for a journey through the lowlands, where you’ll get to know all our Dutch foodie secrets. Want a literal taste of Holland? Then join one of our top-rated Amsterdam food tours through the Jordaan neighborhood. In the meantime, we’ve teamed up with illustrator Edward McGowan to put together a Netherlands foodie map with the top Dutch foods worth trying on your next holiday in Holland. 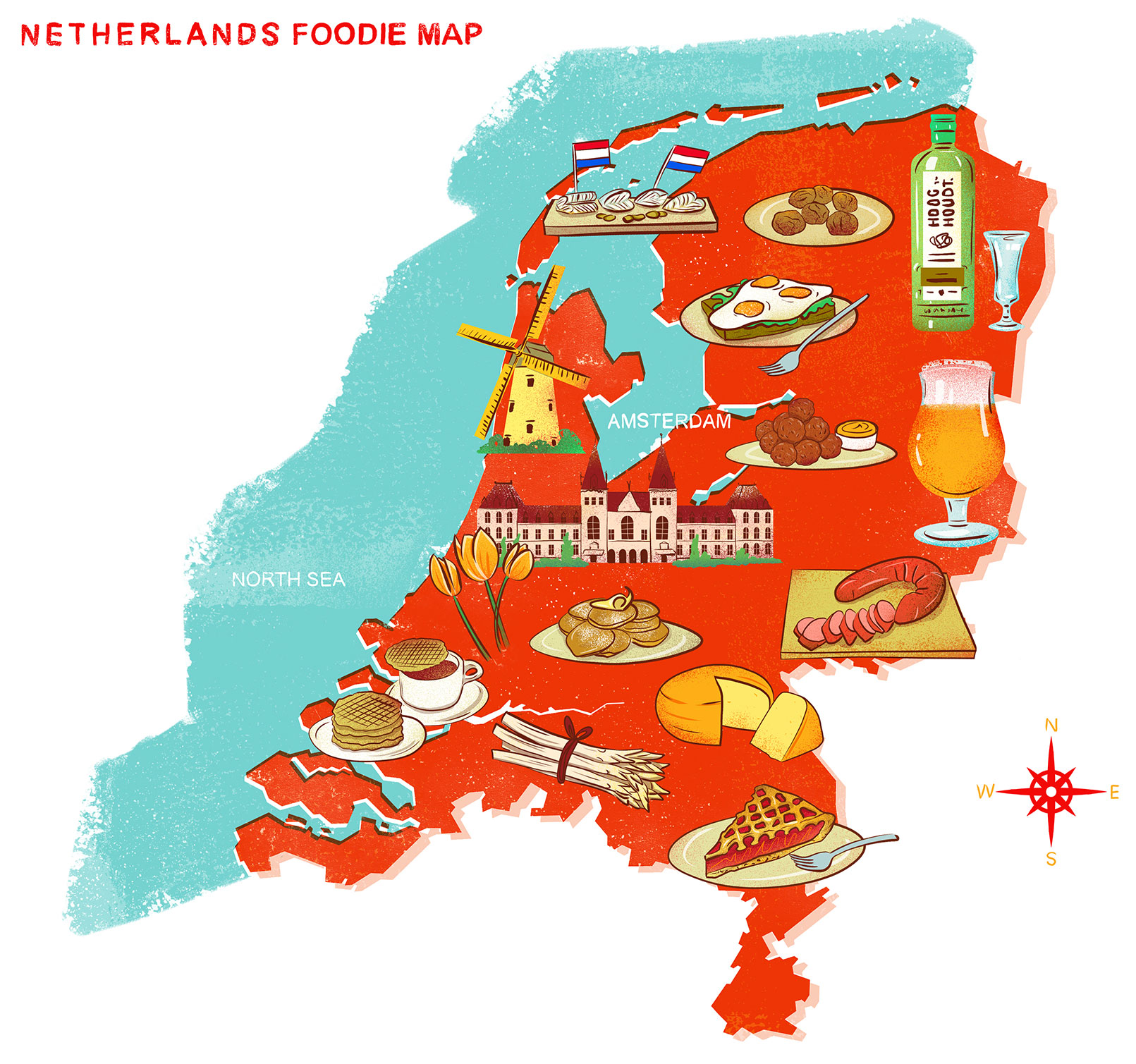 An uitsmijter is a hearty breakfast dish consisting of 3 fried eggs on sliced white or brown bread, usually topped with ham, cheese or both (bacon and tomatoes are sometimes options, too). Interesting fact: the Dutch word “uitsmijter” literally translates to “out-thrower” and is the same word given to bouncers at bars or nightclubs. But what’s the reason? One theory goes that an uitsmijter is very quickly and easily prepared, meaning that a customer ordering it in a café will leave very soon after eating it (therefore being “thrown out” quickly).

Where to eat uitsmijters: many (traditional and modern) Dutch cafes serve uitsmijters at breakfast and lunchtime. 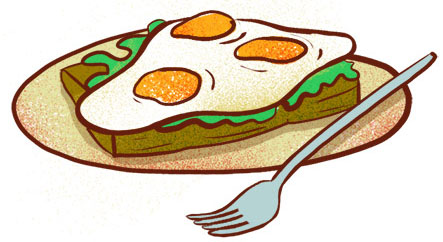 Pepernoten are an annual ritual in the Netherlands, and you’ll see them start to appear in autumn in the run up to the festive season. Essentially, they’re tiny cookies – hard, crunchy and flavored with warm spices – that are an inseparable part of the Sinterklaas festival. The custom is that Sinterklaas and his helper, Zwarte Piet, throw handfuls of peppernoten around the room, so that children can collect them from the floor. Tossing handfuls of small food items on the ground (just like a farmer sowing seeds) is an old fertility symbol and can be recognized in other customs such as throwing rice at a wedding.

Where to buy pepernoten: in any supermarket, generally between late October and early December.

Originating in Woerden, poffertjes are miniature fluffy Dutch pancakes, traditionally prepared using yeast and buckwheat flour. These mini-pancakes, which are prepared using a special cast-iron pan with tiny hollows in which to pour the batter, quickly became known as poffertjes because they puff up during the cooking process. One of the theories about the humble poffertje is that it has its origins in a Dutch Abbey. The shortage of wheat during the French Revolution meant that buckwheat flour was used to make the pancake batter, and some believe that these mini-pancakes were used as a type of host for weekly communion. Once regular churchgoers became fond of the mini-pancakes, local food markets started selling poffertjes simply as a snack.

Where to eat poffertjes: try these sweet morsels at Café de Prins. Named after the Prinsengracht canal over which it looks, this cozy canal house remains true to its “brown café” roots and serves some of the best poffertjes in Amsterdam. You can also try them on our Amsterdam Food & Canals Tour.

Gouda cheese comes from (wait for it…) Gouda! Unlike the rubbery, flavorless imitations that pop up in supermarkets globally, real Dutch gouda is a thing of intense flavor and majestic beauty. You can eat it young, extra-mature (2+ years) and every age in between – with the young version being sweet and creamy, and the old version being salty and crumbly. The Dutch also like to add spices to their cheese, which means you may see komijnekaas (cheese with cumin seeds) or nagelkaas (cheese with cloves) on sale – although this may not technically be from Gouda, it has the same texture as cheese from the city itself.

Where to eat gouda: taste real-deal gouda cheese (and many other Dutch and international cheeses) from de Kaaskamer – a veritable kaas institution on the Negen Straatjes (Nine Streets). You can also try it on our Amsterdam Food & Canals Tour aboard a gorgeous salon boat! 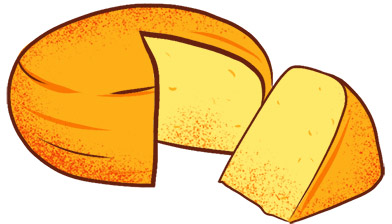 The jury’s out on the best way to eat herring: the “Amsterdam way” is sliced into small pieces, topped with raw onion, and eaten with a toothpick (preferably with a Dutch flag on top!). The “Rotterdam way” involves tipping your head back and lowering the entire fish into your mouth. First date food, it is not! However, the arrival of the “new herring” in June every year is an event in itself, with thousands of people eager to taste the first catch of the herring season.

Where to try herring: whichever way you choose to eat it, you can taste the best herring in Amsterdam from Vis Plaza – a shop run by a true “Urkse visser”, a fisherman from the famous Dutch fishing town of Urk. You can also try it on our Amsterdam Food Tour. 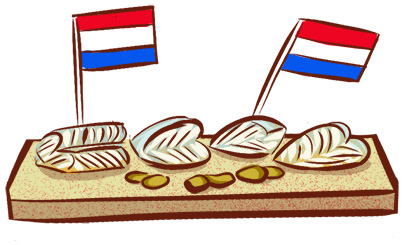 Originating in the eastern city of Nijmegen, which was formerly part of Batavia, bitterballen are a snack you simply must try with a Dutch beer. Impossible to translate, they are essentially breaded, deep-fried savory balls filled with a meaty mush. They don’t sound all that appetizing, but we promise you won’t be disappointed if you give them a try!

Where to taste bitterballen: give these typically Dutch snacks a try at Café de Blaffende Vis – a historic “brown café” in the heart of the Jordaan that’s perfect for a beer and a snack. It’s also a stop on our Amsterdam Food Tour.

A typically southern treat, vlaai comes from the province of Limburg, close to the Belgian border. It’s a large, latticed pie that’s encased in sweet pastry and filled with red fruits, often cherries. Traditionally eaten at big life events in Limburg, such as weddings or funerals, nowadays you’ll often see it turn up in an Amsterdam office for a colleague’s birthday or leaving do.

Where to eat vlaai: although it’s sold in supermarkets and bakeries, to get the true Dutch experience you’ll need to swing an invitation to a birthday gathering!

Literally translating as “smoke sausage”, rookworst is a tasty pork sausage that originates in the Gelderland province. And there are many ways in which you can eat it: go to your local butcher, and chances are they’ll have a few rookworsten keeping warm, ready to be popped into a broodje (sandwich). Alternatively, eat slices of the stuff with your after-work beer. Or serve it alongside stamppot: potatoes mashed with everything from kale to bacon to sauerkraut. Rookworst is a perfect wintertime staple.

Where to eat rookworst: any local butcher, for example Slagerij Louman – a butcher and delicatessen that’s been in business since 1890.  Stop for a tasting at Louman’s on our Amsterdam Food & Canals Tour! 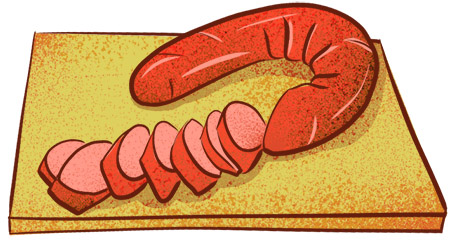 Think of asparagus, and most of us generally think of the bright green variety. But in the Netherlands and Belgium, the fatter white variety of asparagus is more commonly eaten. Known as “white gold”, you’ll find this highly seasonal ingredient all over restaurant menus in May but almost never at any other time of year. The Flemish (our neighbors in the north of Belgium) like to dress it up with butter, eggs and parsley, and sometimes turn it into a full meal with the addition of ham and potatoes. Given the south of the Netherlands’ proximity to Belgium, this is a tradition that’s been steadily creeping north.

Where to eat white asparagus: in May, anywhere you like! The rest of the year: good luck finding it (and if you do, check where it comes from – my guess is Peru!). 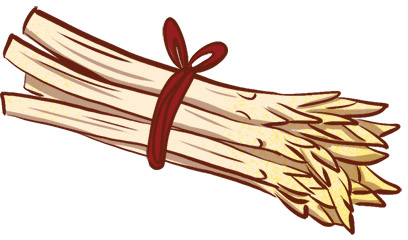 Stroopwafels (syrup waffles) may now be ubiquitous at Starbucks the world over, but they started here first. And until you’ve tasted a freshly pressed stroopwafel from the market, still oozing with caramel goodness, you haven’t lived. They come from Gouda originally – which makes Gouda officially one of the foodiest places in the Netherlands.

Where to buy stroopwafels: for the fresh, warm, real-deal variety, take a trip to the Albert Cuypmarkt, open Monday through Saturday. You can, of course, buy the packaged variety in the airport on your way home – just don’t let on to your friends and family back home that they’re eating the sub-standard sort. 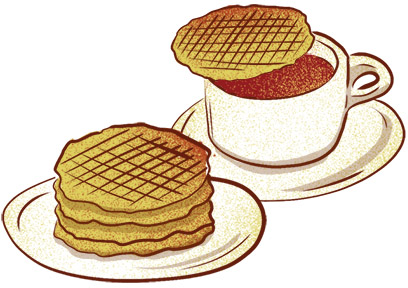 If you haven’t heard of jenever, you’ve probably heard of gin. Well, you have jenever to thank for the recent trend in G&Ts! Jenever’s history began 400 years ago, and involved distilling malt wine and flavoring the strong liquor with juniper berries. Legend has it that English soldiers in the Netherlands (in around 1630) were given jenever to drink to calm their nerves before battle – hence where we get the expression “Dutch Courage” from. Jenever was brought to England, where it evolved into English gin.

Where to drink jenever: buy a bottle of the popular Hooghoudt brand of jenever (which itself has a history dating back to 1888) in any liquor store. Or smell and taste dozens of different varieties of flavored jenever at the Bols Experience in Amsterdam! 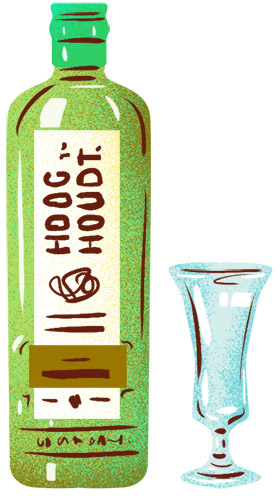 The Netherlands’ national drink, there’s far more to Dutch beer than Heineken. In Amsterdam alone, there are several local breweries making their own special beer varieties. From easy-drinking lagers and hoppy IPAs to autumnal bock beers and wintry dark beers, there’s something for everyone. And one of the best ways to enjoy a glass (not a pint – beer here is generally served in 250 ml glasses) of the local brew is to hole up in a cozy café for a few hours and get acquainted with the taps…

Where to drink beer: try beer from one of Amsterdam’s local breweries – Brouwerij ‘t IJ, Oedipus Brewing, or Brouwerij de Prael. You also get to taste local beers on our canal and walking tours! 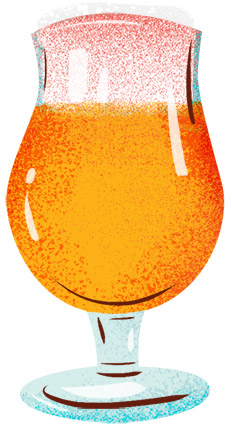 • • •
Find more Dutch food tips on our Amsterdam Foodie Guide or on one of our Dutch food tours.

British-born Amsterdammer Vicky Hampton is a writer, cook and avid foodie who has lived and worked the Netherlands for nine years. Her website, amsterdamfoodie.nl, focuses on reviews and recommendations of Amsterdam restaurants, as well as other culinary news and views. Vicky has also written for various publications including The Wall Street Journal, New York Times, Time Out, Eyewitness Guide and Michelin Guide. Her first cookbook, Vicky Hampton's Working Lunch, is full of delicious recipe ideas for lunch in the office or at home.