The West End (London’s theater district) is bursting with world famous theatres, incredible performers and spectacular shows. With performances of Billy Eliot and Charlie and The Chocolate Factory to Wicked and The Bodyguard on offer, deciding what to go and see can be difficult. Here at Eating London, we love a theatre show and decided that it was time to search far and wide across Theatreland to bring you the best feel-good theatre shows in the capital. So next time you’re in London with an evening to spare, make sure that you follow our handy guide and keep an eye out for us singing along in the front row…

If you’re a fan of The Wizard of Oz, then get yourself down to the Apollo Victoria Theatre because Wicked is the show for you! This incredible performance finally brings the untold story of the Wicked Witch of the West to the stage, following the heart-warming friendship between the ‘oh so popular’ Glinda and her very green friend, Elphaba. Wicked is packed with dazzling stage scenery, spectacular dance routines and one of the best soundtracks in the West End. In fact, it’s so good that we’ve seen Wicked three times now. Prices start from just £15, so who fancies coming along with us for the fourth show?

You don’t need to endure packed planes and busy beaches to get that holiday feeling, instead have the time of your life at MAMMA MIA! Head down to the Novello Theatre and you’ll be whisked away to a beautiful Greek Island holiday, which will be sure to capture your heart. This incredible show tells the story of a young woman’s quest to uncover the identity of her father on the eve of her wedding, much to the surprise of her unsuspecting mother. This tale of love, friendship and family will have you laughing all night. So, book your seats for one of London’s most loved shows and prepare to fall in love with ABBA’s greatest hits all over again. 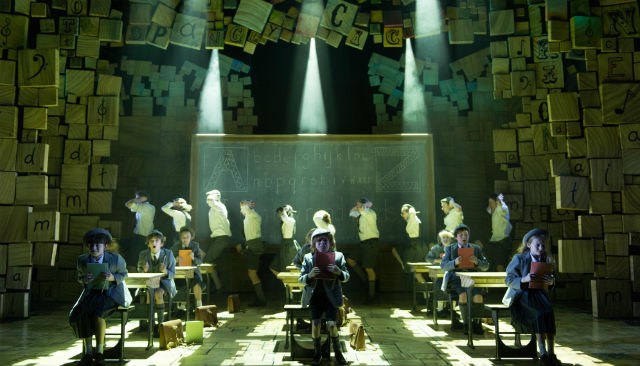 Embrace your inner child and book tickets for one of London’s most magical theatre shows, Matilda. In the West End since 2011, Roald Dahl’s classic has taken the theatre world by storm – winning over 50 awards worldwide and capturing the hearts of London’s theatre-goers. From just £25, you can visit the Cambridge Theatre and be a part of the enchanting world of Matilda. What’s not to love? Book your tickets today to follow the story of this unusual little girl and her supernatural powers, we promise that you’ll laugh your socks off as you watch her teach the grown-ups a much needed lesson!

Disney’s award winning musical, The Lion King, needs no introduction. If you haven’t seen this amazing performance yet, then it’s time to get down to the Lyceum Theatre. You’ll be in awe as the vibrant colours, spectacular settings and extraordinary costumes unfold before your eyes. But the Lion King’s show stopper is definitely the incredible soundtrack that backdrops the story of the young Simba and his harrowing quest to become the King of the Pridelands. What are you waiting for? With seats priced from just £25, you’ve got no excuse not to book your tickets to the Lion King!

Alright, alright – it might not be in theatres until the 6th of December but here at Eating London, we are eagerly awaiting the return of Cats! For just 12 weeks only, you’ve been given a second chance to catch Andrew Lloyd Webber’s record breaking musical at the London Palladium. As the West End’s longest running show, we’re sure it’s going to be special. Follow the mesmerising story of the Jellicles, a tribe of cats, in their attempt to dazzle their leader in the hopes of receiving an extra precious life. Tickets start from just £20, so if you missed it the first time make sure that you book your seats today. It will make the perfect Christmas treat for that special someone…

Next time you’re in London and looking for a pick-me-up, make sure that you book one of these feel-good theatre shows – you won’t regret it!

A Perfect (Foodie) Day in Rome