If you’ve spent more than twenty minutes in London, you might have noticed that it’s prone to the odd rainy downpour. In fact as I write this, the conditions outside could best be described as ‘kayak-friendly’. With that in mind, I’ve assembled the below list of places to hide from the rain should the deluge sneak up on you, handily arranged by rough geographical location. Best of all, they’re all free!

What to do in London when it rains

Without wanting to get into the debates as to whether Holborn is in either North or Central London (it’s both for the purposes of this article), the Sir John Soane’s museum is oft-overlooked gem in London’s rich tradition of museums.

Celebrating the life and interests of the 18th Century architect, the Soane museum was established as a museum by an act of parliament in 1833 ensuring that, as far as possible, the interior be kept as it was at the time of Sir John’s death in 1837.

Of course, this would all be for nothing if the house itself was dull. Thankfully, it’s far from it. Through his interests in sculpture, architecture and the collection of antiquities from across the world, Sir John Soane created a collection of objects that would be the envy of any other museum in the world (the British Museum has surely cast a few covetous glances). And with the unusual, piled-up methodology of display in the smaller spaces of the beautiful, intriguing house, the setting creates the perfect excuse to duck out of the rain and explore for a few hours.

(NB: as access to the house is limited to 80 guests at a time, there may be queues at busy times) 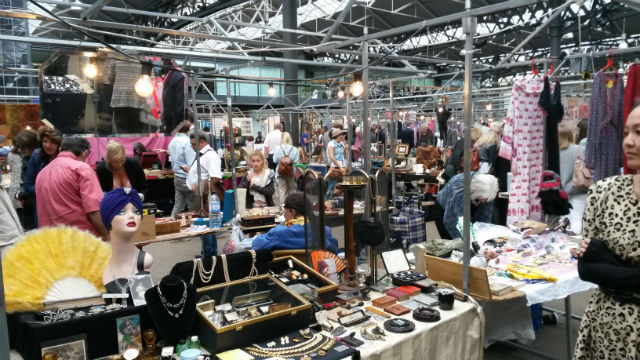 Where to start with Old Spitalfields Market?

Hungry? whether for gourmet cheeses or chocolate dipped bananas or everywhere in between, it’s got you covered. And the surrounding area has some of the best restaurants of anywhere in the capital (St John Bread & Wine opposite the market is highly recommended)

Fancy opening up the purse strings and spending some hard-earned cash? The market (once a Sundays-only affair) is now open seven days a week. Friday might be the pick of the days, with Fashion & Art taking over the spacious interior, with independent designers taking the lead filling it with vintage and contemporary works for sale.

And of course, if you just want to get out of the rain, It’s always free to browse….

Somewhat of a left-field choice, and definitely one for the younger and less fragile end of the market (at 32, my skateboarding days, were they ever to have truly existed, are now far far behind me), the Southbank skatepark has been at the heart of London’s skateboarding scene for roughly forty years.

The park is constantly under threat of closure. In fact the most recent plans for Southbank redevelopment threatened to relocate the park to underneath the Hungerford Bridge before vehement (and successful) opposition from skaters gave the park a stay of execution.

The ledges, banks and stairs set in the undercroft of the southbank centre also displays a constantly evolving tableau of street art (or graffiti, depending on your tolerance), and there’s even a barrier to stop the tourists getting too close.

With that in mind, if you plan on experiencing the skatepark to get out of the rain, make sure you bring your board, or you’ll be stuck with the guys with cameras. And that bit isn’t covered… 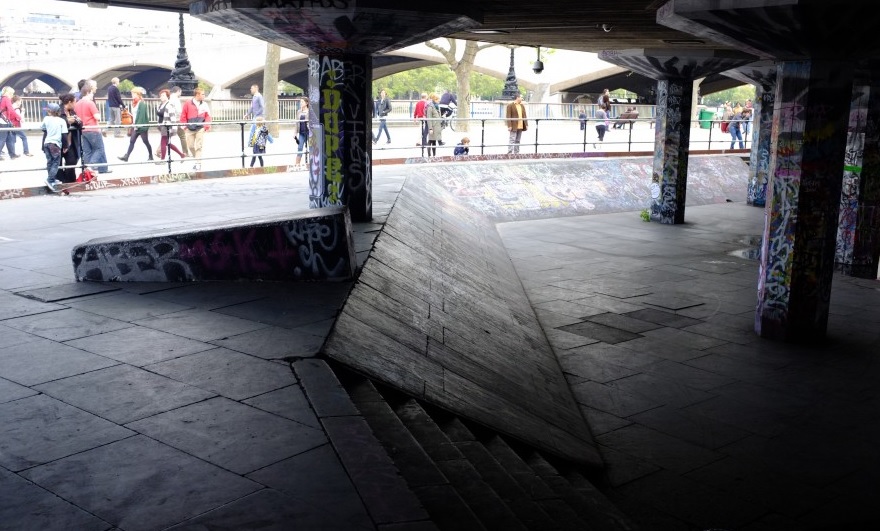 This might seem like a cheat option compared to the others, seeing as this museum would appear on any top 10 list of things to do in London for visitors, but having grown up in London, the thought of going to the Natural History Museum always excites my inner 10 year old, and if it’s tipping it down in South Kensington, i know where I’m headed.

So what excites me about the Natural History Museum in one word? Dinosaurs.

When you walk into the central hall and see Dippy, the 32m long Diplodocus skeleton, (if you’re anything like me) a John Williams score will fill your ears and thoughts of Jurassic Park will run through your brain.

That’d be worth the admission fee alone (if there was one, like everything else on this list, the NHM is free). And that is only one of the thousands of incredible exhibition pieces in this vast, beautiful, high-Victorian-styled colossus of a building.

There’s a model blue whale suspended (in parallel to it’s skeleton) from the ceiling, a giant squid named Archie, the remains of the whale that swam up the Thames in 2006 amongst thousands of others, covering every element of natural history from geology to zoology. You could spend months in there without getting bored, which is ideal, given the weather…

Pisano’s Fruit and Vegetable Stand in the Testaccio Market