Maybe you’re finding yourself overwhelmed by the sheer amount of beautiful and fascinating sights in Prague, or you just arrived and you don’t know where to start. Well, have no fear! The following walking tour will take you to some of Prague’s absolutely unmissable attractions – including a few that you can taste.

1. We’re starting at the Královský letohradek, or Royal Summer Palace, which you can get to from the Královský letohradek tram stop or the nearby Hradčanská metro stop. Step into the gardens, and picture yourself as a royal – this is where the nobility would spend their summer days, and now you can enjoy the calm atmosphere and deep shade yourself. Walk up through the botanic gardens, which are filled with plant species from all around the world.

2. Once you’re outside of the gardens, take a left to go over a bridge. Right now you’re crossing over the Deer Moat, which still carries the name it was given when the Hapsburgs ruled the Czech lands of Bohemia and Moravia, and the kings used to hunt deer just steps away from the castle. Rudolf II, also known as the Mad King, even had lions in the Deer Moat.

3. Go forward through the big gate – you’re now entering the area of the Castle itself. Walk through the courtyard and then to the left, until the magnificent St. Vitus Cathedral appears in front of you in all its Gothic glory. Because of a variety of financial and other reasons, construction on the cathedral started in the 14th century and didn’t end until 1929. Inside, don’t miss the Alfons Mucha stained-glass window on the left-hand side, which depicts the life of Saint Václav, the patron saint of the Czech Republic.

4. Walk around the cathedral towards the back of it, and then downhill through the rest of the Castle complex until you’ve gone through the last gate. You’ll then see a vineyard on the left of the path. This is the oldest vineyard in the Czech lands, and it’s a great place for a refreshing drink in the warmer months, or a svařák, mulled wine, in the winter. You’ll also get a stunning view over the city.

5. Head downhill on the old stairs, and then turn right towards the Malostranská metro stop, stopping for a trdelník, or roasted round pastry, on the way if you’re hungry. They call them Old Bohemian pastries, but they actually originated in Transylvania. At the metro stop you’ll find the entrance to the Wallenstein Gardens, a Baroque garden where they have live peacocks roaming around and owls in a large cage at the back. They’re also called the Senate Gardens, because the surrounding buildings now house the Czech Senate.

6. Your next stop is the Charles Bridge – walk just far enough onto it that you’re over the Vltava River, and then look off the right side of the bridge. You’ll see a statue of a knight with a gold sword held up at attention, guarding the bridge but not a part of it; this is the Knight Bruncvík, the legendary guardian of Prague.

7. Head back towards land and then follow the route to the right, down the curving streets that will lead you to the colorful and ever-changing John Lennon wall. This area for sanctioned graffiti is where you can literally leave your mark on the city, knowing that it started as a form of passive resistance against the communist regime that outlawed western music.

8. Go back towards the river and then turn right, and eventually you’ll come upon some very strange bronze sculptures of babies without faces. These are the work of controversial Czech artist David Černý, and they’re also crawling up and down the Žižkov TV Tower.

9. Continue south until you hit the next bridge, and while you’re walking across, take in the beautiful view of the castle. If you happen to be going across at night, you can thank the Rolling Stones for illuminating the castle back in the 1990s – they still fund it even now.

10. The gold-crowned building on your right at the end of the bridge is the National Theatre, built twice in the late 19th century (the first time ended in a fire, unfortunately). The National Theatre is very close to the heart of the Czech nation, as it was a major symbol during the Czech National Revival, when they began the process that ultimately defined themselves as a nation with a language and all the various cultural trappings of their own.

11. On your left, you’ll see the famed Kavárna Slavia, a beautiful art deco cafe. Go inside for some high-end Czech cuisine, made even better by the fact that this is where important Czech political figures like first post-communist president Václav Havel used to meet and discuss their ideas.

12. Just up the street on the right, you’ll find the newly opened Pivovar Národní. Hop in for some hoppy goodness in the form of one of their three micro-brewed beers.

13. Follow the route into Charles Square for your next history lesson. One quirk of Czech history is that there have been 3 defenestrations, 2 of which precipitated wars. What’s a defenestration, you may ask? It means to murder someone by pushing him out a window. The first defenestration of Prague happened at the New Town Hall on Charles Square in 1419, when members of the Czech Hussite Church threw 7 Catholic officials out of the windows. This event was the catalyst for the Hussite wars, which lasted until 1436.

14. Your final stop is the granddaddy of Czech pub culture – U Fleků, which, thanks to its founding in 1499, has the right to call itself the oldest pub in Prague. They brew their own dark lager, and you can’t get it anywhere else. Now just kick back, relax, and enjoy that favorite Czech drink the same way they were doing it right after Columbus discovered America.

Now that you’ve discovered some of Prague on your own, how about joining our Prague Food Tour for a more in-depth look at Czech culture, history, and most importantly, cuisine? With one of our amazing guides to fill your mind and all of the tasty treats to fill your stomach, you’ll walk away knowing that you’ve really experienced the city to its fullest. 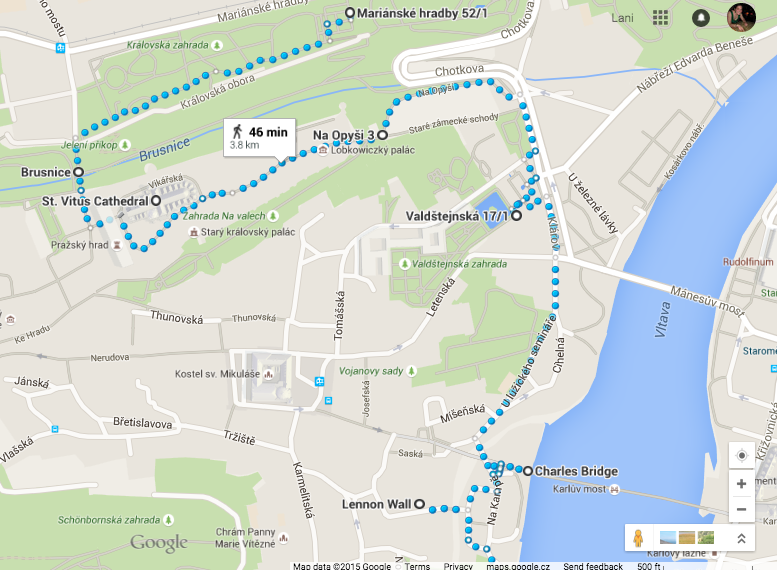 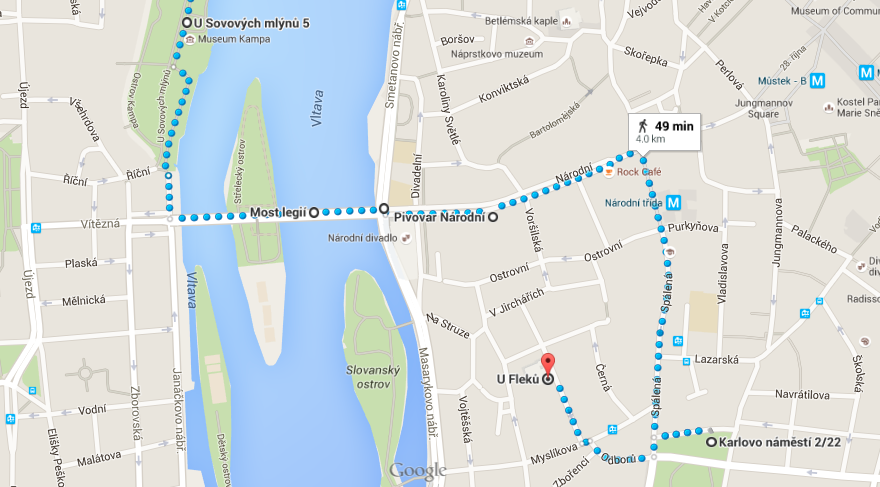 Learn More
be your own tour guide, Eating Prague Food Tours, history of prague, main attractions in prague, self-guided tour in prague, Sightseeing in Prague, what to see in prague