As the temperatures in Rome rise, the events taking place out of doors also increase. This summer in Rome, there are plenty of exciting events throughout the Eternal City to keep you busy once the sun goes down and a cool evening settles in. There are lots of concerts, outdoor cinemas, a literature festival and more. Keep on reading to find out what summer 2014 in Rome has in store! 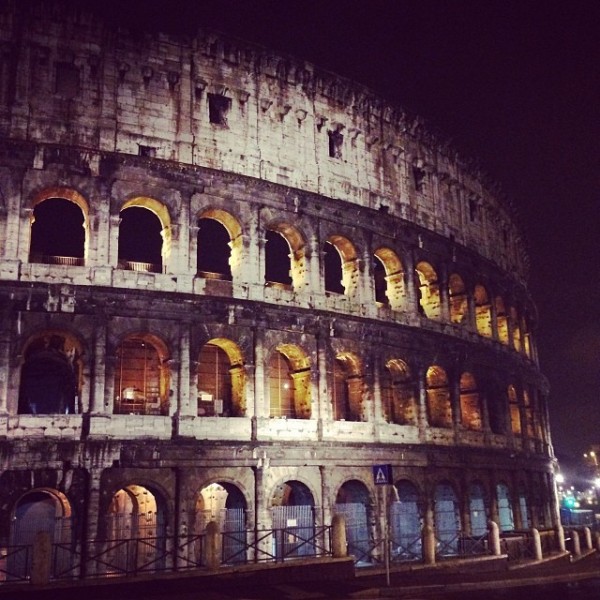 If you’re interested in Italian comedy then you’ll want to come to the “In the Shadow of the Colosseum,” located every year on slope of the Caelian Hill near the Colosseum. Though if you’re not interested in Italian comedy, you might want to come instead for the night club that fills with well-dressed Italians who love to party, especially on the weekends.

Cinema in Piazza Vittorio and on Tiber Island

If you want to watch a movie and get outside at the same time there are two good outdoor cinema screenings near Rome’s city center: one in Piazza Vittorio and the other on the Tiber Island. The Notti di Cinema di Piazza Vittorio and Isola del Cinema show feature films once the sun goes down between the end of June and September. Check the websites to see what films will be showing this year. The films are in Italian.

The big green spaces in Rome are the perfect places for concerts, and each of Rome’s big parks, Villa Pamphili and Villa Ada, host their share of performances. At the time of writing, the line up hasn’t been announced, but there are usually plenty of good bands to keep anyone happy. If jazz is more your calling you’ll want to check out what’s playing this year in Villa Celimontana.

For the month of June, international and Italian writers come to Rome to read their works. Normally the festival is held in the Forum, but this year events will be held in the Piazza Campidoglio. Writers this year include Elena Ferrante (Days of Abandonment), Joshua Ferris (Then We Came to the End) and Jonathan Lethem (Motherless Brooklyn).

Each year at the beginning of June the temporary stands that line the Tiber River near Trastevere begin to be built. Their white shapes on the embankment below mark a summer rite of passage. The best time to go is at night when you can find restaurants and food stalls, shops, bars and live music. It can get crowded on the weekend nights when Italians come in from outside of the city to spend the evening eating and drinking next to the river.

Night Openings at the Colosseum and Vatican Museum

Perhaps in an effort to thin out the summer crowds, both the Colosseum and the Vatican Museum are open for longer hours in the summer. Every Thursday and Saturday the Colosseum will be open from 8:00 pm until midnight for guided tours. The Vatican Museum will be open from 7:00 pm until 11:00 every Friday night. Reservations for both must be made ahead of time online.

Another yearly event, the opera at Terme di Caracalla is one of the best outdoor events that the city has to offer. The exquisite backdrop of the ruins mix with the music and performances on stage to create a night you won’t easily forget. This year there is Swan Lake, the Barber of Seville and the Piazza Vittoria Orchestra all lined up for performances.

Learn more about the annual Opera Rome at operaroma.it

Held in the hippodrome outside of Rome (towards Ciampino Airport), Rock in Roma is just as the name suggests. The venue draws international bands, and this year Metallica, The Black Keys and Billy Idol top the list. Concerts happen from the middle of May to the beginning of August.

World Cup at the Ex-Mattatoio

If you aren’t headed to Brazil to watch the World Cup and have to do with watching the games in Rome, why not watch them outside on the big screen at the ex-mattatoio, or slaughterhouse, in Testaccio? Though every game won’t be shown, there will be food from the playing countries to make up for it.

Summer in London: Best Things To Do