The Vatican is located on the western bank of the Tiber River. It is a tiny sovereign state that was created in 1929. Behind its high walls live about 1,000 people who have their own post office, newspaper, radio station, pharmacy and security guards: the colorfully dressed Swiss Guards. But most of the Vatican City is off limits to anyone wishing to visit this home of the Catholic Church. For visitors, the Vatican usually means two things: St. Peter’s Basilica and the Vatican Museums. And it is these two things that draw in the crowds for their architectural beauty and vast collections of art. 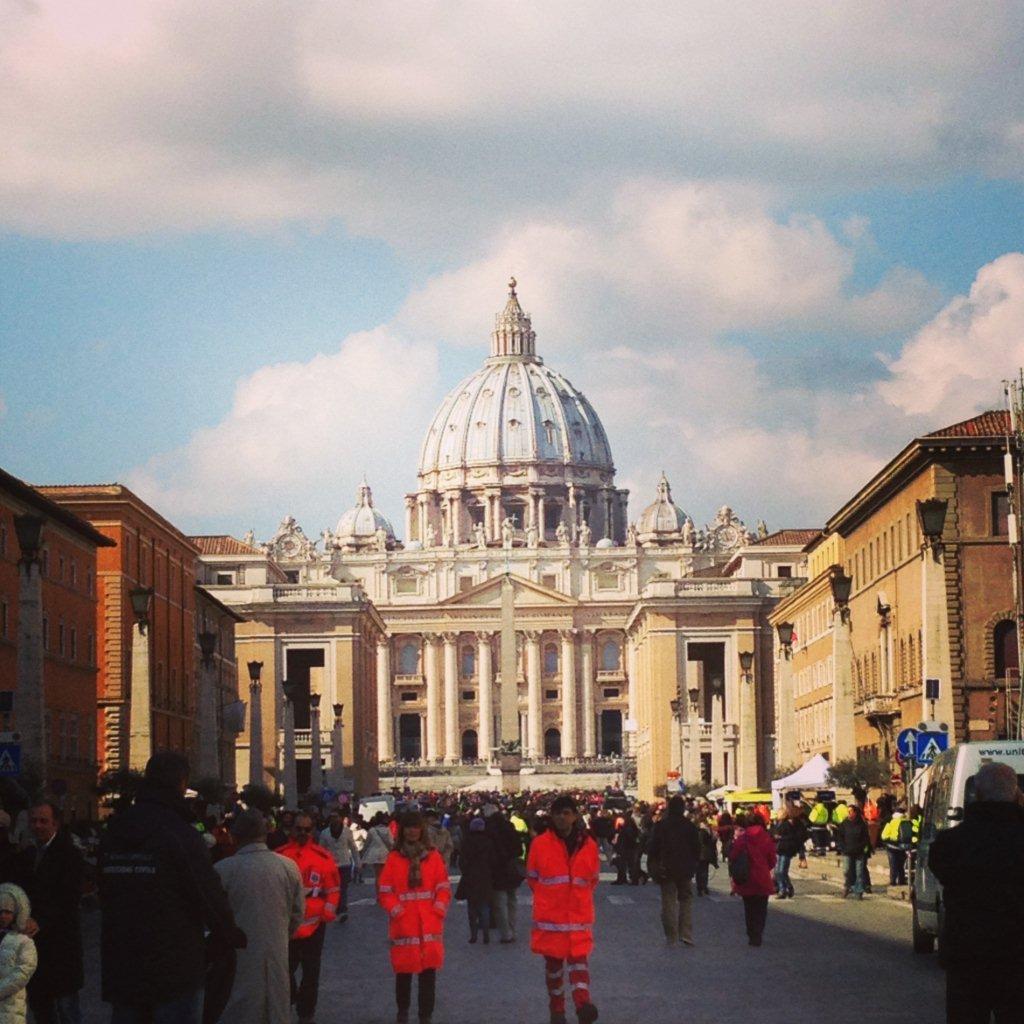 Top Sites to See in the Vatican

Built over the site of St. Peter’s grave, the current St. Peter’s Basilica was constructed throughout the 16th and 17th centuries by some of the world’s greatest architects. Michelangelo is the most well known of them: he designed the dome (which is worth the ascent for the views; €7 for the lift) and sculpted the statue of graceful Pietà that is on your right when you first enter the church. Bernini also contributed his share to the basilica: in the form of the spiralling baldacchino (the four-poster piece under the dome) made from the bronze that covered the roof of the Pantheon. He also designed the dove in the window of the church’s apse and the whole Piazza di San Pietro outside, its colonnaded arms and the statues that line them.

It is free to enter the basilica, but be sure to dress appropriately. No shoulders or knees can be bared, a rule that is strictly enforced even in summer. Enter the basilica by joining the line that runs along the right side (when facing the church) of the piazza.

Read more about how to beat the lines at the Vatican.

The first thing to know about these museums is that they are enormous. It is a complex of several museums that exhibit some of the world’s finest works from the Renaissance and the Classical periods. There are also Egyptian artifacts (in the Museo Gregoriano Egizio), Etruscan relics (in the Museo Gregoriano Etrusco) and the designs and furnishings of the complex itself. Any trip to these museums requires forethought so you don’t exhaust yourself by trying to see it all (anyway, that’s impossible!).

Some of the most famous Classical statues are in the Museo Pio-Clementino. Here you can find the agile Apollo Belvedere and the struggling Laocoön—two statues that had the world in thrall when they were discovered in the Renaissance. For paintings there is the Pinacoteca, a separate building, where you can find works by Leonardo da Vinci and Giotto, to only name a few. For frescoes, head to the Raphael Rooms, where the painter Raphael was commissioned to paint the walls and ceilings of the private rooms of Pope Julius II in the early 1500s. The two most notable rooms here are the Stanza Eliodoro and the Stanza della Segnatura.

But perhaps the most famous artwork of all the famous artworks in the Vatican Museums is the Sistine Chapel. On the ceiling of this long structure are the famous frescoes by Michelangelo, also painted in the early 1500s. Running through the middle of the ceiling are scenes from the Old Testament and along the rim are the earthy pagan sibyls—some of the most impressive figures in the whole scheme. Above the altar wall is the teaming Last Judgment, also painted by Michelangelo. Running around the room on the walls are more frescoes by more famous painters: these were painted slightly earlier than Michelangelo’s pieces and were done by the likes of Botticelli and Perugino.

As for the museums and rooms not mentioned, there are the Gallery of the Maps, a long gallery that makes for a pleasant stroll; the Braccio Nuovo and Mueso Chairamonti for more Classical statues; the Galleria di Candelabri, a gallery decorated with huge candelabra taken from ancient Roman villas; and the Appartamento Borgia, where there is a collection of modern religious art.

It is wise to make reservations to visit these museums as the lines can be intimidating. See our recommendations for when to visit, as well as which tours to take if you decide not to try to tackle the Vatican on your own. Also helpful is our guide for dinning in Prati, the neighborhood that borders the Vatican. Once you’ve tried to see it all, we’re sure you’ll be hungry!