There are so many special sites to see in Prague for tourists, but sometimes the best travel adventures are when you do more unusual or unexpected things during a vacation. Prague caters to every type of tourist, and there’s no shortage of unique things to see and do in the Czech capital. 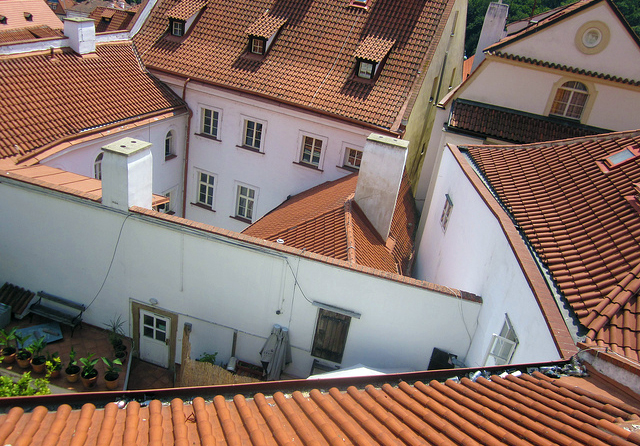 8 Unusual Things to Do in Prague

See the city from the highest points

Head over to Letna Park, found on the highest point of Letna Hill. From there you will be able to enjoy the most amazing vies of the city of Prague, and if the sky is clear, even further out. Alternatively, climb (or take a cab) to the top of Petrin Hill, where you can either enjoy the views from the top of the hill, or you can climb even further to the top of Petrin Tower. The tower is commonly known as the little Eiffel tower. Click here for more information.

Walk across an old Bridge

Charles Bridge, originally known as Stone Bridge, is a historic bridge that crosses the famous Vlatava river in Prague. It is the only bridge that connects the area of the Prague Castle to the Old Town and its surrounding areas. On the bridge you can admire 30 statues of saints and beautiful old-fashioned lanterns. Artists love to use the bridge as a place of exhibition, by setting up their canvases along the sides of the bridge for the passersby to admire. To enjoy the bridge without the hoards of tourist crowding around you, visit it first thing in the morning. 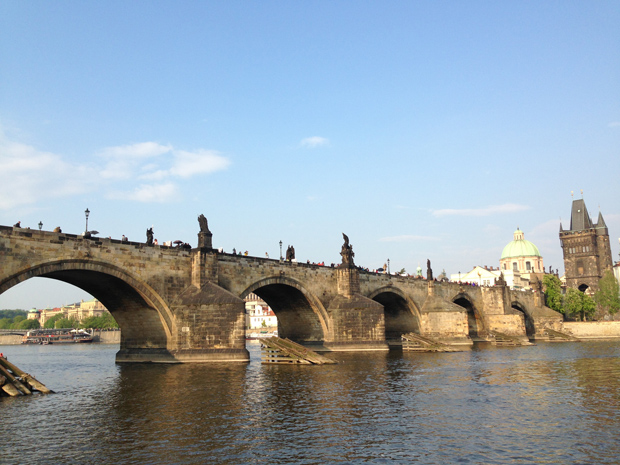 Travel to an Island

Like a few other European cities, Prague houses an island in the center of its main river. Although it is found in the middle between the New Town and the Old Town, Kampa Island belongs to Mala Strana (the Lesser or New Town). The island is one of the prettiest spots in the Lesser Town, giving you a great view of the Charles Bridge and the activity that goes on around it. It is separated from Mala Strana (Lesser Town) by a small artificial canal called the Devil’s stream, supposedly named after a sharp-tongued woman who lived in a local home called the Seven Devils. Make sure you also visit the Kampa Museum on the eastern coast of the island, and the famous large sculpture of a chair, visible from the other side of the river.

Ever seen an interactive clock tower that dates back to the 18th century? The Astronomical Clock in the Old Town Square is one of the most famous sights in Prague. Every hour, just before the hour from 8am to 8pm, the skeleton (symbol of death) appears on the right and opens the clock doors by pulling on a string, while looking at his other hand holding an hourglass. Then, the central windows open and the 12 apostles parade across the clock. A cock crows to mark the end of the procession. Look a bit closer and try to decipher the zodiac symbols and the hidden mysteries encoded in them.

Visit the Jewish Quarter and the Jewish Cemetary to see how the Jews were forced to live back in the 13th century. All Jews were restricted into one neighborhood built only for them. However, this area was extremely small compared to the number of people living in it. Due to the lack of space, the Jews were forced to bury their people one on top of the other, up to 12 layers deep. Over 100,000 bodies lie in the Old Jewish Cemetery in Prague.

Go rock climbing in a bar

Ever been drinking and rock climbing at the same time? In the same place? Boulder Bar is a fun and physically active bar that you surely haven’t seen yet. The back room is a fully equipped wall-climbing studio, which allows you to work up a thirst just before heading back to the front room and knocking down a few beers. Some have tried it the other way around. Personally, I wouldn’t recommend it. If you like to work up a sweat and rehydrate with some good Czech brews, Boulder Bar is the right place for you. On the other hand, if you prefer a more relaxed beer-drinking environment, join our Prague Food Tour and taste local flavors while soaking up some amazing views!

Dine in a box

Didn’t think that was possible? Duplex Restaurant is known as ‘the huge glass box at the top of one of Prague’s tallest buildings’. It is also one of the most exclusive restaurants/bars in the city. Duplex is found right in the center of the famous Wenceslas Square, and features a gorgeous terrace that attracts all sorts of visitors, including rocker Mick Jagger who celebrated his 60th birthday there.

The Pub is not just like any old pub. This is a self-service bar, where each table is has its own beer tap! But that’s not all. The beer taps are all “logged in” to the mega flat screen in the bar, which broadcasts your drinking speed and that of all the other tables around you. Compete with your neighbors while watching your Czech beer stats move up and down on the huge screen. Let the games begin! View The Pub’s official website here.

The best way to get to know any city and its culture is through the food. Join one of our Prague tours to eat your way around the Czech capital through 7 authentic food tastings from amazing, locally loved foodie locations.

Looking for more travel tips and suggested things to see & do in Prague? Then make sure you’re subscribed to our Prague travel blog for future updates!

Top Places to Visit in the Italian Riviera