There is nothing quite as surprising as wandering through the labyrinthine streets of Rome’s historic centre only to be suddenly confronted with the majestic sight of the Pantheon. This wonderfully preserved building is almost 2,000 years old but its imposing appearance and intriguing history still captivate both residents and visitors alike.

The inscription indicates that the Pantheon was built by Marcus Agrippa at the time of his third consulate (27 BC).  However, Agrippa’s original Pantheon burned down in 80 AD and was followed by another two later versions which were also destroyed. The present structure was in fact built during the reign of Emperor Hadrian and dates from between 119-128 AD.

The Pantheon was originally built as a pagan temple dedicated to all the gods, but in the year 608 Emperor Phocas gave the temple to Pope Boniface IV as a gift who, in turn, removed all remnants of paganism and consecrated it as the church of St Mary and the Martyrs. The building’s well-preserved state owes much to its Christian identity as it meant the Pantheon escaped much of the plundering and abandonment which destroyed many of Rome’s ancient buildings during medieval times.

3. There’s a big hole in the ceiling

The oculus, which measures 9.1m (30ft) in diameter, provides the only source of light, aside from the entrance door. It would also enable smoke to escape when the Pantheon was used for pagan ceremonies in ancient times. When it rains, it also rains inside the Pantheon but the water drains away due to the slightly sloping floor and 22 well-camouflaged holes.

4. It still holds the record for the largest unreinforced concrete dome in the world

The spectacular 43.2m (142ft) dome was built using concrete combined with lighter materials such as tufa and pumice to gradually decrease the weight as the dome rises. It was the largest dome in the world for more than 1300 years until Brunelleschi, inspired by the Pantheon, built his famous Duomo in Florence.

5. It used to be covered in bronze

The bronze decoration of the Pantheon has been gradually stripped away over the centuries for use elsewhere. In 1631 Pope Urban VIII Barberini famously and controversially stripped the bronze from the inside of the portico to make cannons for Castel Sant’ Angelo giving rise to the saying “quod non fecerunt barbari, fecerunt Barberini” (what the barbarians didn’t do, the barberini did).

6. You could put a perfect sphere inside

The harmonious dimensions of the Pantheon follow the classic rules laid out by top Roman architect Vitruvius and still inspire awe. The height to the oculus and the diameter of the interior are both exactly 43.2m (142ft) meaning that a perfect sphere would fit exactly inside. 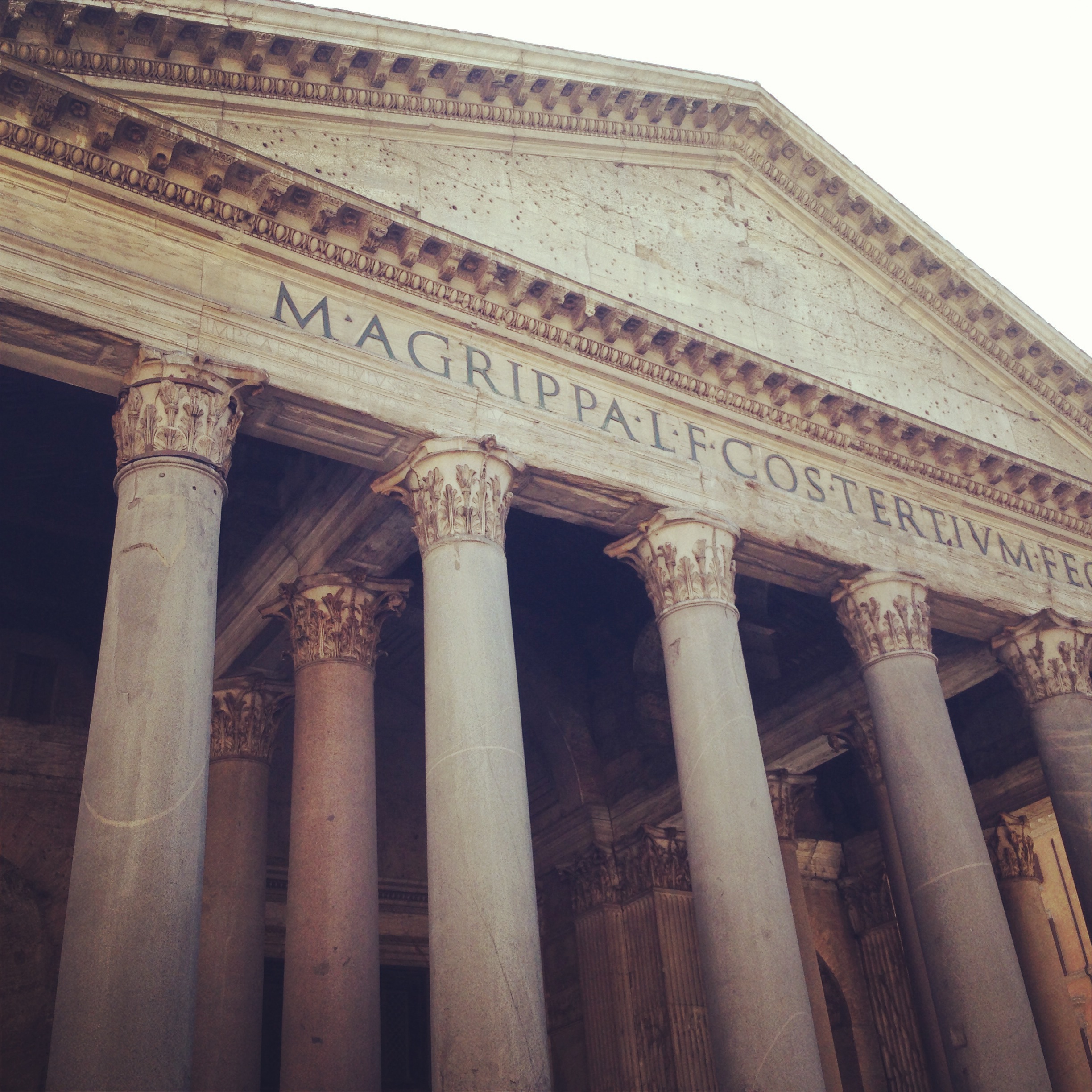 7. You can visit Raphael

Famed Renaissance artist Raphael was buried in the Pantheon at his own request after his death in 1520. His marble sarcophagus carries the inscription “Here lies Raphael, by whom nature herself feared to be outdone while he lived, and when he dies, feared that she herself would die.”

The tombs of the first two kings of the unified Kingdom of Italy, Vittorio Emanuele II and Umberto I can both be found in the Pantheon, along with the tomb of Umberto’s wife, Queen Margherita. Margherita has now gained international fame as the inspiration for the Margherita pizza. When the royal couple visited Naples in 1889 a local pizzaiolo made them a pizza with tomatoes, mozzarella and basil to represent the colours of the Italian flag and dedicated it to the queen.

Shopping in Rome — Where to Shop in Rome (by District)