Whenever I think of Italy, the first thing that comes to mind is a big reunion – of family or friends- and an infinitely long table covered in all sorts of delicious Italian food dishes, from cold cut antipasti to steaming pasta dishes, all the way to a huge layout of traditional desserts. Yes, Italians are generally predictable with what they eat, but can you really blame us?

This blog was originally published in 2013, but has been updated for accuracy.

One thing you don’t generally think about, though, are Italians eating on the go, quickly, with no time to sit and savor their food.  And yet, like most other cuisines of the world, besides our pasta carbonara and pizza margherita, we also have our beloved favourite street food.

You may have heard about the famous Italian suppli (or suppli al telefono)– a Roman food classic commonly found in the region of Lazio, but also found elsewhere in Italy (with a slightly different recipe and shape!). Strangely enough, the name originally comes from the French word for surprise, referring to the surprise which one would find in the center of these delicious rice balls. Once upon a time, the roman suppli makers used to surprise us with little bits of offal. Nowadays we mainly find the classic suppli made with a ragu sauce (some of you may know this as Bolognese) and with a heart of warm and stringy mozzarella which gives it the name suppli al telefono as the cheese stretched like a phone cord). 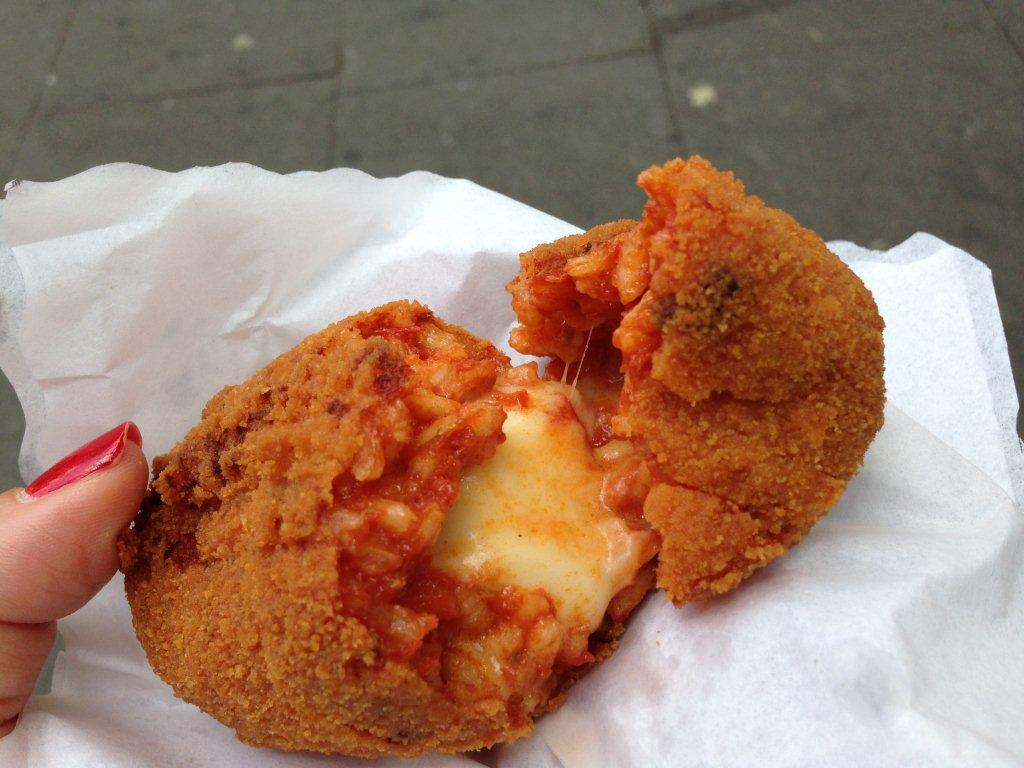 While today you can find suppli in any rosticceria or pizzeria around Rome, years ago there were suppli vendors, walking around the streets of Rome at night, with a food warmer, yelling “Suppli!”. Up until the 50’s, there was a famous suppli man named Polifemo. He had his corner in the center of Rome from which he barely ever moved, with an enormous pot of sizzling oil and a big netted paddle he used to scoop out his freshly fried rice balls. Sounds divine!

If you find yourselves in any neighourhood in Rome, you’ll be hard pressed to NOT see a suppli! But certainly, you’ll want something good and fresh. Best way to get the best Suppli, is to join us on our Rome Street Foods Tour in Trastevere!

But if a trip to Rome isn’t in the cards, here’s the classic Suppli recipe for these little oval balls of goodness so you can try them at home. Have a go at them and let us know how they turn out!

When in Rome, don’t miss out the best rated Roman food tours!

Dalila was born and raised in Rome. She jumped into the world of food at the age of 18 when she moved to England for her university studies, and had to learn to cook for herself to survive as an Italian abroad. From organizing Sunday dinners for other homesick uni friends, to starting a cooking blog with her foodie sister, Dalila is back in Rome, writing about food, and could not be happier.

Top 10 Guide to the Best Sweets in Rome