When in Rome you might find yourself in front of a mysterious plate of Roman cuisine. And your instinct might be to ask: “What is this?” But don’t! For two reasons: One, the answer might stop you from eating a truly delicious dish. And two, the answer might conjure up a killer instinct to strangle the chef, or in more informal situations, ruin a friendship!

Case in point: coda alla vaccinara. This dish is made from the tail of a cow and braised and served with vegetables. It is similar to many of the traditional Roman plates that were served to the poor or poveri. Originally this cut of beef, referred to as a “fifth quarter” or quinto quartto (or offal in English), was usually what was left over after the wealthier classes consumed the prime cuts of meat. Other offal includes tripe, pajata (or intestines), heart, spleen, etc.

The old bank of the Tevere in the Regola District.

Coda all vaccinara was born in the heart of Rome (alla Romana), in the Regola District whose name is derived from renula because of the soft sand (rena) that covered the banks of the Tiber River. In Ancient Rome this area was said to be consecrated from the god Mars and used to conduct military exercises. In the Middle Ages, people worked tirelessly to keep the area from becoming a swampland. Then in 1586 this district became known as Arenule et Chacabariorum, which is still preserved today in Via Arenula.

In the Regola District were the vaccinari. The vaccinari were humble slaughterhouses, and it was their job to skin the beasts, in particular the vacche or female bovines that were over three years old. The meat of these Bessie’s was called carne vaccina, a name that carries into today. The low-ranking butchers were usually paid in offal, which they then sold to local osterias. The osterias in turn would create original plates with these spare parts, and this is how la coda alla vaccinara was born. In 1875, to put an end to the Tiber’s continuous flooding, embankments were built along the river, totally changing the face of the city and erasing all the activities around the river, such as the vaccinari.

Before starting, keep in mind that this recipe takes time. Lots of time. Around four hours of time. So if you have guests for lunch or dinner, start early otherwise you risk calling out for pizza delivery.

Wash and dry the tail and cut into large pieces (or rocchi as they are called in Roman dialect). Brown the pieces of the tail in the chopped bacon and oil, then add chopped onions, a clove of garlic, cloves, salt and pepper. Add the dry white wine and cook for about 15 minutes. Then add the chopped tomatoes and cook the meat for at least 3 hours on a low heat always making sure that the pieces are covered with sauce and until meat almost falls off the bone. If it becomes dry, keep adding water.

When it is almost done cooking, clean, chop and blanch the celery for a minute or two. Then sautè the celery, a bit of the sauce that the tail cooked in, a handful of pine nuts, raisins and a couple of tablespoons of cocoa. Simmer the sauce for a few minutes. Once cooked, add the celery sauce to the main dish.

Then eat with your hands! (Though a piece of bread is also helpful!) 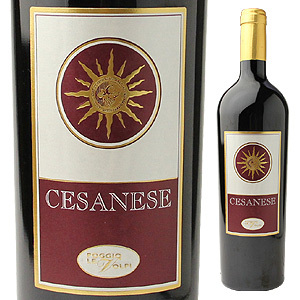 What wine to drink with Coda all Vaccinara

This dish is rather complex and not only requires elaborate preparation but also offers an array of flavors. So this plate should be paired with a wine that is equally complex, robust and aged as well as traditional and regional to create an affinity of scents and flavors. Such as:

From Monte Porzio Catone, one of the Castelli Romani hills, this wine is made from 100 percent red Cesanese grapes. A native from the Lazio region, this grape has been cultivated from ancient times in the vicinity of Rome. The Roman writer Pliny spoke of the Cesanese in the first century after Christ.

The Cesanese introduces itself in the glass with a beautiful ruby color. The smell is pleasantly fruity with balsamic spiciness that nicely binds hints of tobacco and roasted coffee. The palate is fresh and fruity, with an important but perfectly integrated level of tannins. It offers fantastic final notes of china fruit and rhubarb.

Good eating! And while you eat it
think about the magic that occurs in the kitchen !