Planning your next trip to Italy? Dreaming of that gelato you’ve been craving for so long? Here is a treat for you! An easy, great chocolate gelato recipe!

One of the nice things about living and working in Italy is Ferragosto, or rather, the tradition that the month of August is set aside for rest and relaxation. Most shops close and Italians take a vacation to escape the heat of the city. I have found, however, that Ferragosto is not quite so enjoyable if you’re working for an American university that has a class of students arriving in September—then the month of August is usually spent in the office, not on the beach. As I discovered last summer, working in Rome—a place where air conditioning is hard to come by—during Ferragosto means not only that the city is mostly empty, but that the summer heat is at its absolute peak. As a result of my time spent working in August, I have arrived at the conclusion that there are three main ways to beat the heat: 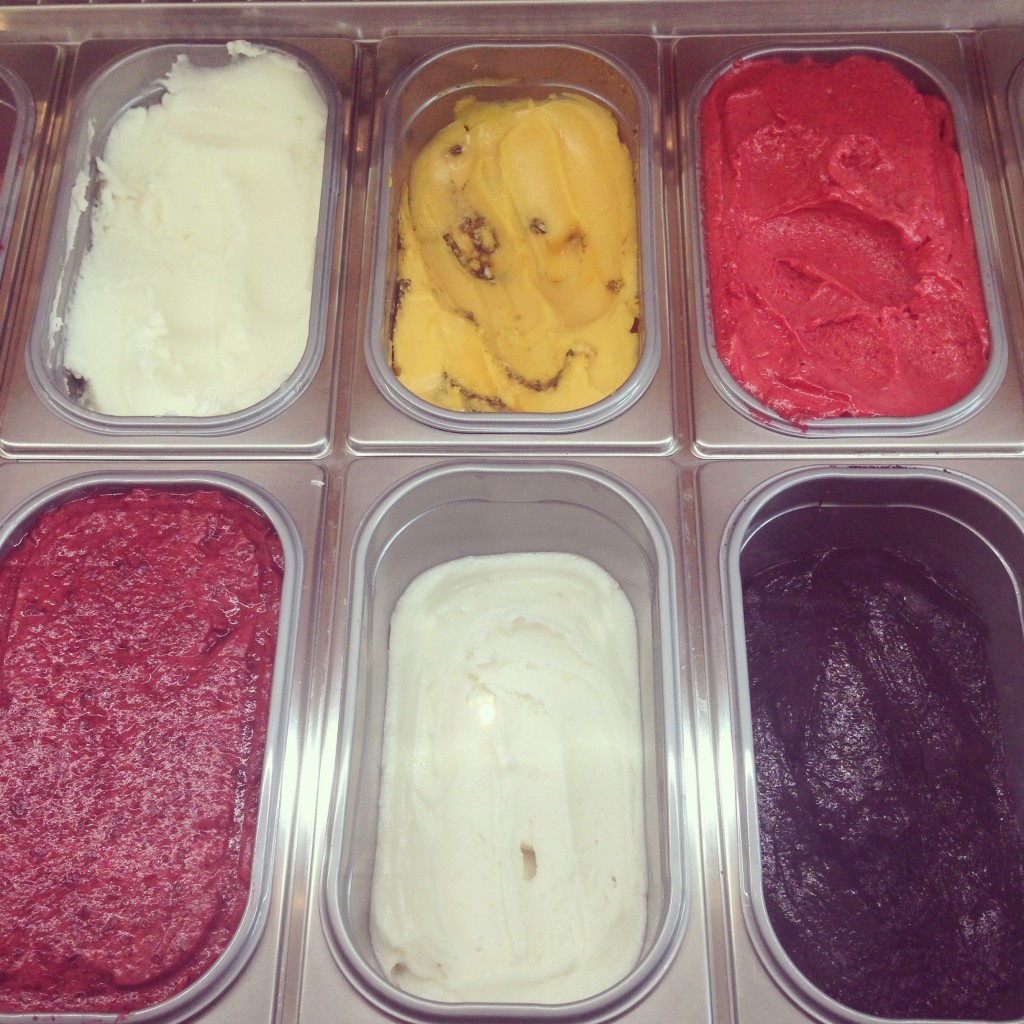 Let’s focus on the third and perhaps most interesting point on my list. Italian gelato is the quintessential summer dessert here (just as ice cream is in other parts of the world). It has proven time and time again to be a lifesaver during summer in Rome, and a perfectly acceptable dinner option when it is too hot to turn on the stove or oven.

While most people opt to get their gelato fix at the nearest gelateria, I’ve found that it’s also fun to make it at home (just keep it in your freezer for whenever you need to cool down!). I began to make both homemade gelato and ice cream* a couple of years ago after receiving an ice cream maker as a birthday gift. I admit I was initially skeptical—making Italian chocolate gelato at home was probably complicated, and wasn’t it easier to just buy it somewhere?

However, this chocolate gelato recipe soon changed my mind. Not only was it simple to make, it also packs a real chocolate punch (make sure you use good quality chocolate!) and has a dense smooth texture: delicious! Note that this dessert is also impressive to serve to friends (how many people can say they make their own Italian gelato?!) Once you get the basic Italian gelato-making technique down, you can also be creative and experiment with different flavors. I’ve since tried out recipes for chocolate raspberry gelato, cinnamon gelato, and blueberry. Yum! Buon appetito!

*Note: In case you’re wondering, ice cream generally has more air incorporated into it during the churning process, and uses a good amount of heavy cream; Italian gelato, on the other hand, contains less air (making it denser in texture). It’s made with more milk than cream, so it is slightly lower in fat (a perfect excuse to eat gelato!). In addition, gelato is made with few or no eggs at all, while American ice cream is almost always made with eggs.

In a medium saucepan, over low heat, whisk together the sugar, cornstarch and salt until blended. Add 1/4 cup (xx grams) of the milk, incorporating it a little at a time, and then whisk everything together until the cornstarch dissolves. Whisk in the rest of the milk and then, still whisking, combine the mixture until it thickens and comes to boil, for about 6 minutes. Reduce heat to medium and cook 1 minute longer, whisking occasionally. Remove from heat; add chocolate. Let stand 1 minute, then whisk until melted and smooth.

Transfer gelato base to a medium-sized bowl. Mix in cream. Place bowl inside another large bowl filled with ice and water to cool, stirring often, for about 30 minutes.

Process gelato base in ice cream maker according to manufacturer’s instructions, adding toffee during last minute of churning. Transfer to container; cover. Freeze at least 3 hours and up to 2 days.

I hope you’ll find this chocolate gelato recipe helpful and fun, and that it will make your summer better as it does with mine! Also, Don’t miss out on some of the best gelaterias in Rome! You can taste amazing gelato on one of our amazing Rome food tours on your next visit!

Francesca is an avid cook and baker who has been living in Rome for the past three years. You can usually find her in the kitchen making dolci for her colleagues at work, developing new recipes to add to her repertoire, or planning her next dinner party.

Where to Eat in Rome in August?