Rome reaches its highest temperatures in July and August, but with a little planning, generous amounts of sunscreen and a bit of creativity, it’s easy to explore the city and stay cool all at once. Check out a few of our tips on how to beat the heat this summer in Rome. 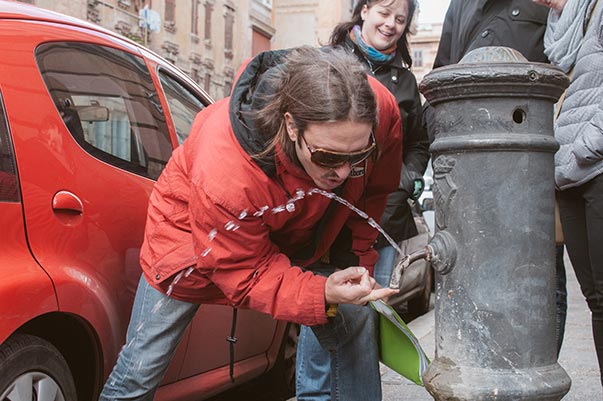 1. Drink water, and lots of it

Nasoni (literally, “big noses,” a reference to the spout’s shape) are Rome’s public, outdoor fountains that pour clean, cold water from an underground reservoir. To take a drink: fill up your water bottle or block the end of the spigot with your thumb and water will come out the hole on the spout for a DIY water fountain.

The neighborhood of Testaccio is home to Monte Testaccio, a 115 ft. hill composed of an estimated 53 million terracotta containers from ancient times. The temperature inside of this artificial mound is cool and relatively stable, about 5–8 degrees Celsius, or 45–50 degrees Fahrenheit. Many restaurants are built within Monte Testaccio and as a result, maintain a naturally cool temperature and make a perfect escape from a sweltering summer day. Try lunch or dinner at Osteria Flavio al Velavevodetto (Via del Monte, 97) tucked inside Monte Testaccio and sample Roman classics like buccatini all’amatriciana and saltimbocca. 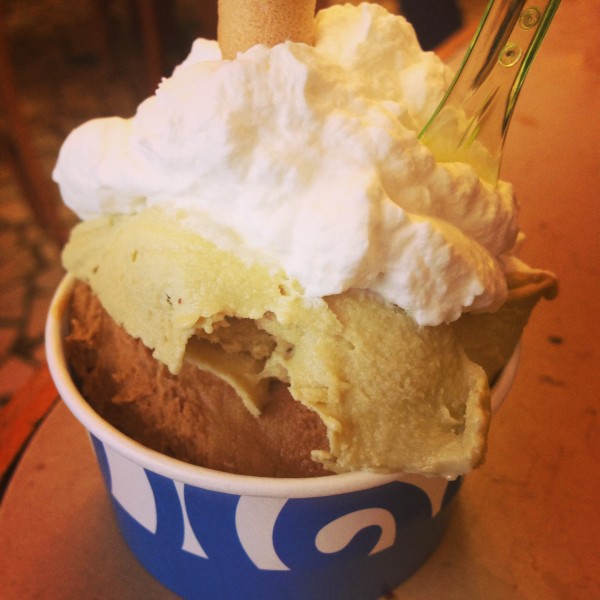 Let’s look at the bright side: Rome’s soaring temperatures are a delicious excuse to eat (lots) of the city’s famed gelato. Sadly, not all gelaterias are created equal: many shops in Rome use (gasp!) powdered mixes instead of fresh, natural ingredients.

Where to go when on the prowl for the real deal? If you’re sightseeing in the historic center, stop by San Crispino (Piazza della Maddalena, 3) near the Pantheon for a cone of their signature ginger and cinnamon gelato. Have a more adventurous palate? Sample quirky flavor combinations like cherry and beer, rosewater and black rice or chocolate and tobacco at Fatamorgana in Trastevere (Via Roma Libera, 11; gelateriafatamorgana.com) or Monti (Piazza degli Zingari, 5). Other great options include Fior di Luna in Trastevere (Via della Lungaretta, 96), Gelateria del Teatro near Piazza Navona (Via di San Simone, 70) or between Largo Argentina and Trastevere (Lungotevere dei Vallati, 25) and Giolitti in Testaccio (Via Amerigo Vespucci, 35). Want something cold and super refreshing? Ask for a granita, ice flavored with sweet syrup that’s typical of Sicily. Mizzeca in Prati (Via Catanzaro, 30) is my go-to spot.

Archaeologists say that over 50 percent of ancient Rome still lays buried beneath the modern city, and much of it can be explored through a subterranean tour, far away from the glare of the sun. Look for tours of the Roman catacombs and crypts or go under the Colosseum for a good dose of sightseeing without the sunburn. Another good underground option is Basilica San Clemente (basilicasanclemente.com) where there are three cool layers to explore. 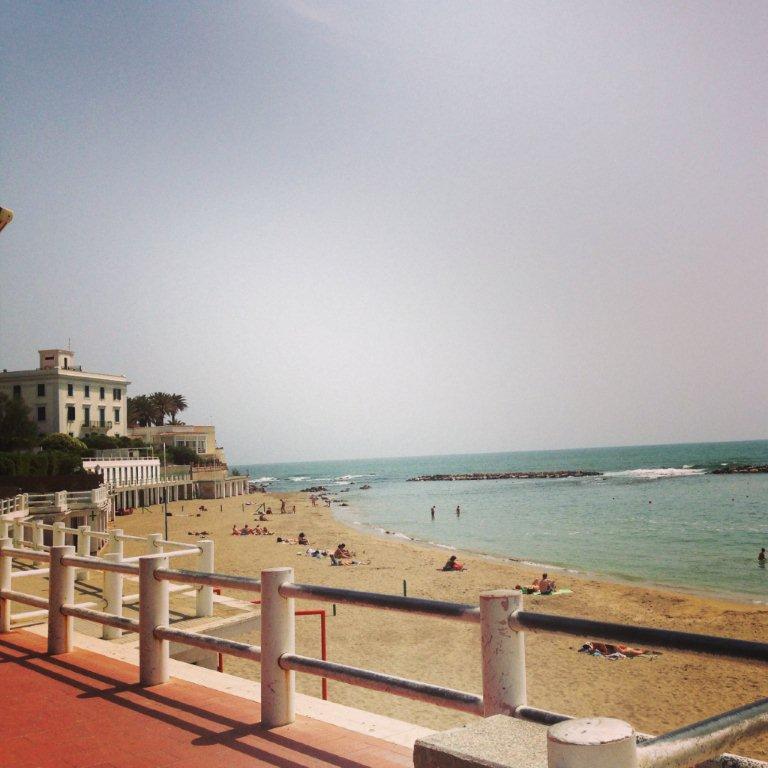 Dreaming of the beach? Pack your bathing suit and head to nearby Santa Marinella, Ostia or Fregene beaches, all a short jaunt from Rome. Many have restaurants on the water so there’s no need to pack a lunch. Umbrellas and lounge chairs can be rented upon arrival.

6. Tour Rome in the evening

Explore Rome when the sun goes down, preferably with us! Our Eating Italy Food Tours Twilight Trastevere Tour (eatingitalyfoodtours.com) takes you through the picturesque neighborhood of Trastevere and indulges you with a wine tasting in a cellar older than the Colosseum, a cool summer dish of melon and prosciutto and some of the city’s best pizza among other delicious stops. We hope to see you there!